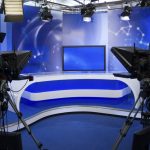 In a time when there is already talk of the media facing several restrictions, the decision at the federal cabinet on Tuesday that there should be no interviews conducted of convicted persons or any such appearance by them on TV talk shows adds a new dimension to the matter. While the law has still to be drafted and its details will need to be seen, it is unclear of what benefit such denial of access to media would be. In the first place, there appears to be a degree of confusion between convicted persons and those who have been jailed after arrest but not yet found guilty by a court of law. The cabinet, chaired by Imran Khan, has stated that even individuals under trial should not be interviewed.

Those not convicted are – by law – considered innocent. Like other countries, under our law as well they technically enjoy the same rights as other citizens. The other issue is that the main target of this decision appears to be those making up the opposition. Whether that is indeed the fact or not, it is true that a number of opposition politicians are on bail or based outside the country. The cabinet says such individuals are being glorified. But we should understand that in the case of politicians it would be dangerous to deny them any voice at all. As we have seen in other cases, this easily leads to the spread of fake news or unverified rumours. The government has not spoken about persons held for dangerous criminal offences or for terrorism. Glorifying militants could certainly have a negative impact. However, in the past such persons have indeed appeared on television and given their points of view. People are generally sensible enough to make judgments on merit and determine where a particular person stands. It is also important for there to be as little an impression of political vindictiveness as is possible.

Under the current law of the land, parliamentarians are also permitted to speak on the floor of the House even if they have been arrested. This happens in other countries. We need to be cautious while framing our own laws and consider if it would do anyone any harm if an individual who has been convicted or who is under trial is interviewed. Fair play needs to be practised and any such new instructions carefully considered.