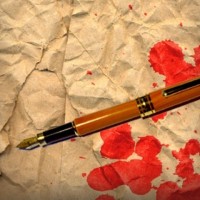 LAHORE: The sudden death in Islamabad of Maria Golovnina, the Bureau Chief of Reuters in Pakistan and Afghanistan, on Monday, has sparked a lot of speculation and the internet is already littered with rumours regarding the cause of her untimely demise.

Her death is certainly very disturbing for the London-based Reuters, functioning since October 1851, because this globally acclaimed news agency had earlier lost two of its staffers during November 2001 (Afghanistan) and a matching number during 2007 (Iraq).

In 2007, as the April 6, 2010 edition of a prestigious British daily newspaper “The Independent” and the WikiLeaks reveal, US Apache helicopters had killed a dozen people in Baghdad, including two Reuters news staff.

The killed Reuters staffers included the media outlet’s photographer Namir Noor-Eldeen and his assistant and driver Saeed Chmagh.“The Independent” said a classified US military video had confirmed the two deaths.

In November 19, 2001, a Reuters photojournalist Harry Burton (an Australian) was killed in an ambush with a native colleague Azizullah Haidari and two others in Afghanistan.

The other two journalists losing lives in this incident were Julio Fuentes (working for a widely-circulated Spanish newspaper “El Mundo”) and Maria Grazia Cutulli (working for an Italian newspaper “Corriere della Sera”).

The 34-year old half Russian and half Japanese journalist Maria Golovnina, head of Reuters Afpak (Afghanistan and Pakistan) Bureau, was very fond of the late American actor and comedian Robin Williams, her Facebook page shows.

Maria’s Facebook page further reveals that in November 2014, she had broken a leg in Afghanistan and the three fractures had led to the implantation of two titanium screws in her shinbone.

This is what Maria had written on her Facebook page on November 26, 2014:”So now I am the proud owner of two titanium screws in my shin bone following a 2-hour operation.”She is the second internationally known journalist, after Daniel Pearl, to have died in Pakistan in last 12 years or so.

Daniel Pearl, the South Asia Bureau Chief of the American newspaper “The Wall Street Journal,” was kidnapped and murdered on February 1, 2002 Holder of US and Israeli citizenship, Pearl was actually based in Mumbai but was visiting Pakistan to investigate into the alleged links between the “shoe bomber” Richard Reid and Al-Qaeda.

In March 2007, top Al-Qaeda leader Khalid Sheikh Muhammad had stated at Guantanamo Bay Cuba that he had personally beheaded Pearl, and earlier in July 2002, Ahmed Omar Saeed Sheikh—a British national of Pakistani origin—was sentenced to death by hanging for Pearl’s abduction and murder.

Here follows a list of some of the relatively better-known foreign journalists killed in Afghanistan and elsewhere since 9/11:

In April 4, 2014, a German photojournalist Anja Niedringhaus was shot by a man wearing a police officer’s uniform, while this “Associated Press” staffer was covering the country’s 2014 Presidential election.

On March 11, 2014, a Swedish Radio reporter Nils Horner was killed during a talk with his Afghan translator in Kabul.

On June 24, 2010, a US military journalist James Hunter was killed while covering a foot patrol.

On January 10, 2010, the British “Sunday Mirror” War Correspondent Rupert Hamer and his photographer were killed while traveling with US troops.

(Reference: The December 26, 2012 edition of The Independent)

On December 30, 2009, a Canadian reporter Michelle Lang (working for the “Calgary Herald”) was killed when a vehicle carrying him and four compatriot soldiers was hit by explosives.

On January 15, 2008, a Norwegian newspaper journalist Carsten Thomassen was killed in a Taliban attack on a Kabul hotel.

On October 7, 2006, Christian Struwe and Karen Fischer, who worked as freelance documentary filmmakers for a renowned German media outlet “Deutsche Welle,” were murdered in their tent on the fifth anniversary of the beginning of the US-led Afghan War.

They were believed to be on their way to see the Buddha statues in Bamyan province. These statues were destroyed under the Taliban.

On November 26, 2001, a Swedish TV4 camera operator Ulf Stromberg was killed during a robbery bid at a house where several journalists from Sweden were staying.

(Reference: a report carried by “The Guardian”)

On November 11, 2001, a Luxembourg Radio reporter Pierre Billaud was one of five journalists who were attacked, while riding a tank during reporting. Three of these journalists, including Pierre, had succumbed to injuries. The other two journalists who got killed in this attack were Radio France International reporter Johanne Sutton and a German freelance journalist Volker Handloik.

By the way, while talking of some brave internationally acclaimed female journalists killed in the line of duty, it is hard to forget the case of Anna Politkovskaya, who was shot dead in her Moscow apartment building in 2006.

A strong critic of the Kremlin, she had received death threats following her outspoken reports documenting torture, mass executions and kidnapping by the military during the conflict in Chechnya.

In 1996, Veronica Guerin, a crime reporter for the British “Sunday Independent,” was shot dead in her car on the outskirts of Dublin by a motorcycle pillion passenger.

She had carried out investigations into senior members of the Irish criminal underworld.

In 2007, two local women journalists were killed in Afghanistan. These included reporter Zakia Zaki, who was shot seven times as she slept with her 20-month-old son. Her death came six days after Shakiba Sanga Amaj, a local television newsreader, was killed.

In 2011, two women journalists were found murdered in a Mexico City park.

The bodies of Ana Marcela and Yarce Viveros, the founders of a political magazine, were discovered by joggers.

Their killings followed a pattern of murders by organised crime gangs and drug cartels.

In 2009, a radio journalist Uma Singh was hacked to death by a criminal gang in Nepal.

Uma Singh had broadcast and written about women’s rights and the caste system, as well as political issues.

In 1965, Dickey Chapelle, a female US photojournalist was killed by a landmine in Vietnam.

She had covered the Second World War.

It was in November 1965 that a New York journalist and popular game show panelist Dorothy Kilgallen was mysteriously killed in the United States.

By 1950, Dorothy’s column was running in 146 papers, and had garnered a whopping 20 million readers!

Each broadcast of her weekly TV show “What’s My Line?” was seen by 25 million viewers for 15 years in a row.

This show would feature a celebrity guest, for whom the panelists were blindfolded.

She was reportedly investigating into the November 1963 murder of US President John Fitzgerald Kennedy.

Just days before her mysterious demise, she had confided to her cameraman that she was all excited about going to New Orleans to meet a source whom she did not know, but would recognise.

The CIA had 53 field offices around the world watching her on her foreign travels.

During her autopsy, a pink liquid was found in her stomach but was never analysed.

The post Many journalists have died in the line of duty the worldover appeared first on Pakistan Press Foundation (PPF).