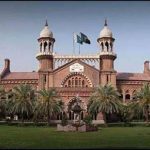 LAHORE: The Lahore High Court (LHC) on Tuesday suspended a notification of the Pakistan Electronic Media Regulatory Authority (Pemra) regarding the ban on the coverage of the Motorway gang-rape incident in electronic media.

A two-judge bench comprising Chief Justice Muhammad Qasim Khan and Justice Shakilur Rehman Khan passed the order on a petition by a local television channel. Advocate Abuzar Salman Khan Niazi appeared on behalf of the petitioner pleading that the ban was in clear violation of the Article 19 of the Constitution, which guaranteed freedom of speech and press. The Chief Justice observed that the right to information of the people could not be usurped. He also questioned the media coverage of the ministers’ press conferences on the gang-rape incident and summoned the record from the PEMRA.

The bench suspended the impugned notification of the PEMRA, however, directed the media not to show pictures of the suspects and the complainant. The media authority had on Oct 2 put the impugned ban in compliance with an order passed by an anti-terrorism court on an application by the investigating agencies.