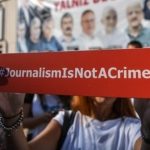 The recent murder of Aziz Memon, a journalist associated with privately-owned Sindhi TV channel KTN News and the Sindhi-language Daily Kawish newspaper, remains to be fully investigated. The crime shows that journalists continue to be targeted in the country despite claims that things are getting better.

According to a report released by the Freedom Network in end-2019, at least 33 journalists were murdered for their work in Pakistan in the past six years, including seven in the past one year (November 2018 to October 2019) alone. This is an exceptionally high number.

The report issued a ‘Pakistan Impunity Scorecard’ which revealed that a total of 32 FIRs were registered for the murder of 33 journalists during the period 2013-19, of which police could file a challan in only 20 cases — or in 60 per cent of cases. Out of 33 cases, the courts declared only 20 cases fit for trial (60pc) of which prosecution and trial was completed in only six cases — only 18pc.

In these six cases, the killer was convicted in just one case but even there he escaped punishment after successfully getting the conviction overturned at the appeal stage after which the family of the murdered journalist abandoned its pursuit for justice for lack of resources.

Sadly, the Aziz Memon murder seems to be going the same route. Memon’s body was recovered from a river on February 16, with a cable wrapped around his neck. According to Hafiz Memon, brother of the murdered journalist, Aziz had gone to cover a story in a nearby village.

At the time, local police insisted that Aziz Memon had died a natural death as the medical report did not confirm any violence or poisoning. Additional Inspector General Police Hyderabad Dr Waliullah Dal and other police officers briefed a National Assembly committee that Aziz Memon was the patient of hypertension, sugar and his medical report did not confirm any murder.

Dal said that a Joint Investigation Team (JIT) was being constituted on the request of the deceased’s brother to probe the cause of the death. To add to this, DPO Naushero Feroze said the issue of Aziz Memon’s death had been politicized. He said that Aziz Memon met him several times and he never demanded any security from the police, suggesting the journalist was facing no threats.

It is pertinent to mention that prior to his death, Aziz Memon had accused the PPP, as well as Naushehro Feroze police, of threatening him for unflattering reporting of party chairperson Bilawal Bhutto-Zardari’s widely-publicised ‘train march’ in 2019.

After journalists held protests, Chief Minister Murad Ali Shah condemned the killing and promised that the killers would soon be caught. Memon was carrying out his duties independently, Shah accepted, but at the same time commented that the video in which he referred to threats to his life — was an old one.

This is the video which is now circulating on Twitter, in which Aziz Memon said local office bearers of the PPP and local police had threatened him over his reporting.

Memon’s family and the journalist community rejected both the claims of the government – that Aziz Memon had died a natural death and that he was facing no threats for his reporting.

A new report was then released in which the cause of death was changed from natural causes to asphyxiation. This new report proved that a cover-up had taken place earlier at the behest of the local police.

The cover-up continued when the government acceded to demands to set up a joint investigation team (JIT) but placed it under AIG Dr Waliullah Dal, the same person who had told a NA committee that Aziz Memon had died of natural causes.

Now, after a round of protests, common sense seems to have prevailed. The Sindh government removed Dal and gave charge to Additional Inspector-General of Police (AIG) Karachi Ghulam Nabi Memon. The world is watching us.

In its remarks, the Committee for the Protection of Journalists (CPJ) commented “The tragic murder of Aziz Memon deserves swift justice, which is something Pakistani authorities have repeatedly failed to deliver for journalists. Given the victim’s previous allegations of threats from local officials, it is essential that the investigation be free from political meddling.” Let us pray for justice.