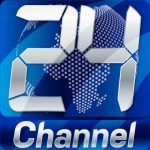 SUKKUR: Journalists on Sunday held a rally in front of the Kandhkot press club to protest against the suspension of transmission of private TV channel ‘24’.

The protesters raised slogans against the Pakistan Electronic Media Regulatory Authority and said they would not accept its action.

They demanded immediate restoration of the licence as well transmission of channel ‘24’.

The journalists held another protest against the registration of a ‘false’ case against Karpal Keswani, a senior journalist of Kashmore, on the complaint of sub-divisional officer (SDO) of the Sukkur Electric Power Supply Company/Wapda Kashmore Rajandar.

They said the case had been registered against Mr Keswani because he had reported alleged corruption of the SDO.

They urged the Sepco chief to take action against the SDO.