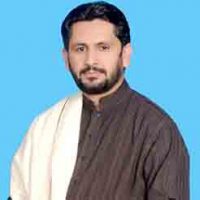 PESHAWAR: The journalists in the provincial capital on Monday pledged support to anchorperson Saleem Safi against the smear campaign on the social media.

“This is not the way to confront journalists for reporting facts. Journalists like Saleem Safi cannot be silenced through such tactics,” said Saiful Islam Saifi, Khyber Union of Journalists president, while addressing the protesters.

The protest had been organised by the Peshawar Press Club and Khyber Union of Journalists. The journalists holding placards inscribed with slogans in support of Saleem Safi were also addressed by general secretary Peshawar Press Club, Shahabuddin Khan, senior journalist Shamim Shahid, political worker Afzal Khamosh and others.

Saiful Islam Saifi said the entire journalist community in Khyber Pakhtunkhwa stood by Saleem Safi. He said that the some political workers were angry with him for doing factual reporting, especially about the expenses by Nawaz Sharif in the Prime Minister’s House as premier.

He said they should tolerate dissent. He said journalists could not be pressurised through such defamation campaigns.

Shamim Shahid said that even the worst dictatorial governments could not stop journalists from speaking the truth. He urged the government to form a commission as per the demand of Saleem Safi, conduct a transparent accountability of journalists and called for stopping the smear campaign.