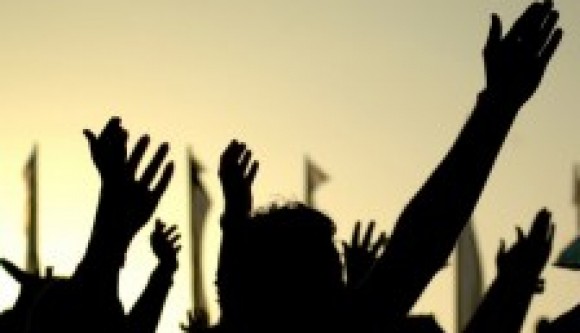 ISLAMABAD: Journalists observed a ‘black day’ on Friday across Pakistan on the call of the Pakistan Federal Union of Journalists (PFUJ) to protest curbs on the media and the promulgation of two anti-media ordinances.

According to the PFUJ, journalists in Islamabad, Lahore, Karachi, Hyderabad, Sukkur, Peshawar, Quetta, Azad Kashmir, Gilgit, Bahawalpur, Multan, Gujranwala, Muzaffarabad and a number of other cities observed the day.

A delegation of the International Federation of Journalists (IFJ) would visit Pakistan on Nov 19 on the invitation of the PFUJ to review the media situation.

PFUJ president Syed Huma Ali in a speech in Islamabad announced that the protest would continue until the journalists’ demands were accepted. These included the withdrawal of PEMRA and PPO Ordinances, restoration of transmission of all TV channels and FM radio networks, withdrawal of notices and cases against newspapers and journalists.

The PFUJ’s secretary-general, Mazhar Abbas, urged broadcasters not to sign PEMRA’s ‘code of ethics’ as it was aimed at suppressing the freedom of expression and freedom of the press.

KARACHI: Journalists wore black armbands during working hours on Friday. Their boycott of official functions will continue on Saturday also.

A unanimous resolution called for an immediate lifting of emergency, restoration of the Constitution, removal of restrictions on political activities and release of politicians, lawyers and journalists.

CPNE: The Council of Pakistan Newspaper Editors Action Committee, headed by CPNE president Syed Fasih Iqbal, handed over a memorandum to the Sindh Governor on Friday.

Earlier, a CPNE meeting condemned the restrictions on media following the promulgation of emergency.

LAHORE: The Punjab Union of Journalists (PUJ) announced that its members would observe a two-hour token hunger strike from Saturday till the repeal of the Press and Publication Ordinance and the Pakistan Electronic Media Regulatory ordinance.