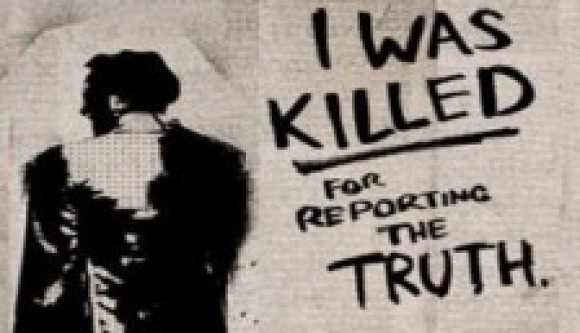 A damning report by Amnesty International has brought to light what people involved in the media industry in Pakistan have known all along — that journalists are just not safe in the country.

The report points fingers at all those quarters that have, in the past, been accused of making life a living hell for journalists from all media backgrounds. They include not just the Tehreek-e-Taliban Pakistan (TTP) but also state security agencies and even political parties. Basically, everyone with something to hide has a score to settle with this country’s media men and women. The most visible cases that outline the dire threat against journalists are those of Saleem Shahzad who was killed after he uncovered a story about militant ties with the security agencies and Wali Khan Babar who was killed in Karachi after exposing some of the mafias that have the city in its grip. Both cases highlight how the state’s security agencies and the mafia wings of certain political parties may be involved in putting the lives of journalists at risk.

Pakistan has earned and retains the unenviable title of ‘the most dangerous place in the world for journalists’ since 2010. The Amnesty International report clearly states that journalists have been threatened and coerced for reporting on the military, political parties and militant outfits. It also states that lack of persecution has allowed this open hostility towards journalists because no one has so far been brought to book for the deaths and intimidation of journalists. If one thinks about it, the deaths of Saleem Shahzad and Wali Khan Babar seem to have forever been lost in the murky waters of the country’s rich and powerful interests. In addition to this, the electronic and print media bodies and managements of media organisations refuse to take responsibility for their employees, never bothering to look into the threats visited upon journalists who uncover some of the biggest and most damning stories in the country. The media has been a relatively free voice, a watchdog of society, since 2002. It is the one forum in the country where people are held accountable and crimes by the well connected are brought to light. If those who threaten the media are allowed to walk away with impunity, there will be no end to these crimes against humanity and freedom of expression. The Amnesty International report should not be taken lightly; it is there for the whole world to see. With a new elected government about to take office, it is time it and the media bodies came together to tackle this growing threat to the media.