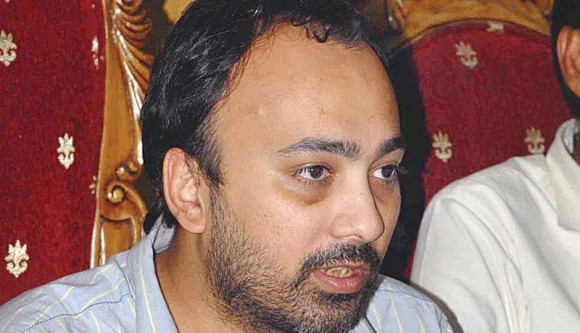 ISLAMABAD: Faced with threats from the law enforcement agencies, Karachi-based journalist Ali Chishti has been forced to move to the federal capital after being threatened by the Karachi police to leave the city.

“Why am I so sure that they were police personnel? Because they had official weapons, official mobiles, and even the way they behaved all matched the typical style of the Karachi police,” Mr Chishti said.

He was addressing a hurriedly called press conference arranged by the Safety Centre for Journalists at the National Press Club (NPC) here on Monday.

Narrating his ordeal, Ali Chishti, who works at a weekly magazine, said his car was stopped by six policemen standing along with a mobile van at around 8pm on August 30.

“It was an isolated area and I stopped my car immediately. They pulled me out, manhandled me and eventually blindfolded me,” he said, adding,

“They took me in the police mobile and later handed me over to another group of men.”

“After inflicting severe physical and mental torture, they left me at an isolated spot from where some police personnel gave me a lift in their official vehicle,” he said.

However, he said his ‘rescuers’ then started demanding Rs50,000 from him, and did not specify any reason for the kidnapping and torture.

He said to ensure that he had left the city, some people had also gone to his office in Karachi two days later, inquiring about his where abouts.