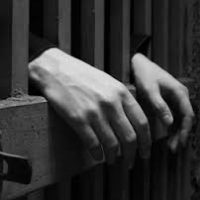 High drama and a lack of self-restraint have often characterised the actions of law enforcers across the country.Both elements were in full display recently in Karachi, when the provincial Counter Terrorism Department arrested senior journalist Nasrullah Khan Chaudhry, who has been remanded to jail authorities on charges of spreading religious disharmony.The circumstances of Mr Chaudhry’s arrest, and the allegations against him, have caused quite a stir in media circles.

Indeed, an angry journalist community has been asking for details and questioning the sudden action that was preceded by a raid on the Karachi Press Club by unidentified men, presumably security officials.The raid, evidently to arrest Mr Chaudhry, has been condemned as an attempt by the government to harass free voices in the media.

Meanwhile, nothing has emerged to justify the detention of the journalist who has been around for many years.The arrest is linked to his being in possession of journals and booklets about jihad, which were reported to have been found during a raid on the suspect’s house.

It defies logic how the presence of the cited material can be the basis of such extreme action — journalists are supposed to keep abreast of developments, whether in government, militant or other circles.

No concessions can be allowed when it comes to establishing the writ of the law.However, in this age of frank discussions aided by the free flow of information, the investigators and prosecution have not been able to come up with a valid reason for the arrest.

Journalists’ organisations have risen up against the arrest of their colleague in Karachi, and the chances are that in the days to come, this protest will pick up.

Unless the government has proof to back up its initial assertions about the presumed ‘guilt’ of the man they took into custody, it actions will seen as wrongful and unjust.The charge of possessing jihadi literature, even if true, is not convincing enough.