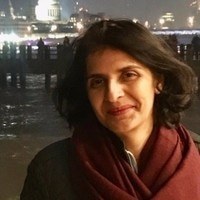 Journalist and activist Gul Bukhari was abducted by unknown persons in Lahore on Tuesday night, police sources said. Early on Wednesday, her family confirmed she was home and “fine”.

According to sources, Bukhari was on her way to the Waqt TV studio on the Fatimah Jinnah Road (Queen’s Road) for a talk show when the vehicle she was travelling in was intercepted by unknown persons. She was subsequently abducted on Sherpao Bridge in Lahore’s Cantonment area. Her family had reported her missing to the police.

Punjab Police said Bukhari had not been detained by its personnel.

The Committee to Protect Journalists, an independent organisation working to promote press freedom worldwide, expressed alarm over Bukhari’s disappearance and called on the police to ensure her prompt and safe return.

According to a journalist at Waqt TV, Bukhari was on her way to the network’s studio to appear in a show when unknown persons stopped her vehicle and asked her to come out.

A vocal critic of the military, Bukhari is a journalist and activist who has worked in broadcast and print for several media groups in Pakistan. Bukhari is presently a contributing Op-Ed writer at The Nation and was set to appear as an analyst on Waqt TV show ‘2vs2’.

Concerns about freedom of expression and press censorship grow in the country in the run-up to election. In recent months, the Jang Group’s Geo TV was pushed off the airwaves across most of the country.

Days before Pakistan’s caretaker government took over, former prime minister Shahid Khaqan Abbasi said that his government did not believe in resorting to censorship but urged the media to adopt a mechanism for self-regulation.

In April, a Reporters Without Borders report said the Pakistani media was regarded as among the most vibrant in Asia but due to pressure being exerted by extremist groups and intelligence agencies it was increasingly resorting to self-censorship, according to a report by the global watchdog.

Kharal was then taken to Services Hospital to be treated for his injuries.