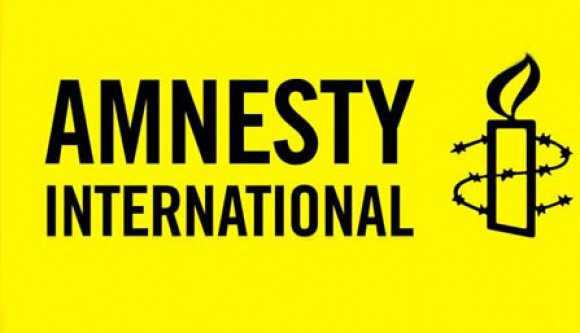 ISLAMABAD: Amnesty International, the world human rights watchdog, has said that up to 80 percent of the Jang Media Group’s distribution in print and on the airwaves has been disrupted by media industry bodies, apparently under the orders of the Pakistani military.

The Pakistani authorities should immediately investigate the Inter-Services Intelligence (ISI), the military’s premier spy agency, over its alleged involvement in journalist attacks, said the Amnesty International on the third anniversary of the abduction and killing of journalist Saleem Shahzad.

“Failure to investigate such incidents thoroughly, impartially and transparently and to hold perpetrators accountable fosters a culture of impunity for attacks against independent media in Pakistan,” said David Griffiths, Asia-Pacific Deputy Director at Amnesty International.

In an open letter, Amnesty International and nine other human rights organisations called on the Pakistan Prime Minister Nawaz Sharif to fulfil his promise to end the impunity enjoyed by individuals and groups who attack journalists.

“Saleem Shahzad’s killing was one of the worst manifestations of the threats journalists face across Pakistan every day. The authorities’ inability to investigate officers of the ISI properly and bring to justice those responsible for Shahzad’s death is unacceptable – he was abducted in broad daylight in the heart of Islamabad, the national capital,” said David Griffiths.

“Pakistan must immediately restart the criminal investigation into Shahzad’s death, as has been promised by Prime Minister Nawaz Sharif on multiple occasions. Events of the past few weeks have again highlighted how precarious the situation for Pakistani media is. Continued impunity will only fuel the violence.”

Last month journalist Hamid Mir narrowly escaped an assassination attempt in Karachi. He has accused the ISI of being responsible for the attack.

“According to Amnesty International’s research, the ISI is the state organ most regularly accused by journalists of carrying out harassment, intimidation or abuse against them or their colleagues. This does not necessarily mean that the ISI is always to blame. But if ISI officials are innocent of the accusations they have nothing to fear from thorough investigations and due process,” said David Griffiths.

“We cannot determine who exactly is responsible for these high-profile attacks against journalists until there is proper investigation. All suspects must be presumed innocent until proven guilty and afforded a fair trial in line with international standards.”

To demonstrate their expressed commitment to the rule of law and respect for human rights, Amnesty International calls on the ISI and all other state institutions to cooperate fully with the criminal investigations into the Shahzad, Mir and other attacks.

Saleem Shahzad, an Asia Times Online correspondent, was abducted on 29 May 2011 in Islamabad, and his body was found dumped two days later bearing marks of torture. Shahzad had written articles on a range of sensitive national security issues, including alleged al-Qaeda infiltration of the Pakistani military and the state’s relationship with the Taliban.

Less than a year before his death, Shahzad had told colleagues of an alleged death threat from the ISI. The Pakistani government in 2011 set up a high-level investigation into his death but key evidence mysteriously disappeared and no one has yet been brought to justice.

At least 34 journalists have been killed in relation to their work in Pakistan since the restoration of democracy in 2008, but in only one case during this period have the perpetrators been brought to justice.

In a report released last month, Amnesty International documented how media workers in Pakistan live under the constant threat of harassment, violence and killings from a range of state and non-state actors.

Since the release of the report, a standoff between the country’s largest private broadcaster Geo TV (part of the Jang Media Group) and the authorities has intensified after the network accused the ISI of being behind the assassination attempt on journalist Hamid Mir.

Several Jang Media Group journalists have told Amnesty International that they have received daily threats and harassment by unknown individuals by phone and in person. Many dare not enter their offices or identify themselves as belonging to Geo TV or other Jang Media Group outlets for fear of being attacked.

“There is absolutely no justification for the vicious, organised campaign of harassment against Jang Media Group staff across Pakistan,” said David Griffiths.“It is particularly disappointing that rival media channels and some political parties have joined the chorus to attack Jang Media Group, rather than demand a full and impartial investigation of the circumstances surrounding the attack on Hamid Mir.”

Some government officials have also tried to pull Geo TV off the air over allegedly “anti-state” and “blasphemous” content, and up to 80 percent of Jang Media Group’s distribution in print and on the airwaves has been disrupted by media industry bodies, apparently under the orders of the Pakistani military.

“Attempts to take Geo TV off the air are clearly politically motivated, and constitute a serious attack on freedom of expression in Pakistan,” said David Griffiths.“The last thing Pakistan needs now is a mudslinging campaign against Geo TV, the ISI or anyone else. Pakistan’s long-suffering journalists deserve protection from attacks and justice when they fall victim to abuse. It is the responsibility of Prime Minister Sharif’s government to deliver both. They should start by immediately resuming the investigation into Shahzad’s death.”

Following is the text of the letter:

Joint statement of shared concerns about attacks on journalists in Pakistan

Three years ago today, journalist Saleem Shahzad was abducted a short distance away from his Islamabad home and later found dead, his body bearing marks consistent with torture. We, the representatives of the undersigned group of civil society organisations working in human rights and media, call on you to fulfil your promise to end the impunity enjoyed by individuals and groups who threaten, attack, abduct, torture and kill journalists in Pakistan. In order to address these attacks on journalists, we urge you to follow through on the commitments you made in March, and as a first phase country for the UN Action Plan on the Safety of Journalists and the Issue of Impunity, and to take further concrete steps along the lines set out below.

Based on our collective experiences monitoring human rights globally, Pakistan is one of the most dangerous countries in the world for journalists, judging by the severity and extent of threats and attacks on media professionals due to their reporting. Dozens of journalists have been killed in Pakistan in direct response to their work over the last decade. At least eight journalists have been killed since your government came to power in June 2013.

Journalists and other media workers from across Pakistan face harassment, abduction, torture and attempts on their lives by state intelligence officers, members of political parties and armed groups like the Taliban. Journalists reporting on national security and human rights, and those reporting from the conflict-affected northwest, violence-ravaged Balochistan and the city of Karachi are most at risk as they rarely enjoy protection from the state or support from their employers.

We are deeply concerned at the failure of successive Pakistan governments to carry out prompt, impartial, independent and thorough investigations into abuses against journalists, or to bring those responsible to justice. Attempts on the lives of Hamid Mir and Raza Rumi and the abduction and killing of Saleem Shahzad exemplify the enduring challenge to justice when journalists come under attack: as far as our organisations are aware, no one has been brought to justice for any of these attacks. Only in two cases of journalist killings have the perpetrators ever been convicted in Pakistan.

The failure to bring those responsible for attacks on journalists to justice sends a signal that the media can be silenced through violence and that the perpetrators can literally get away with murder and other abuses. It also has a chilling effect on freedom of expression in Pakistan, with journalists increasingly resorting to self-censorship to avoid the risk of harm.

It is the Pakistan government’s duty under international law to protect the rights to life, liberty and freedom from torture and other cruel, inhuman or degrading treatment or punishment of all individuals within its territory and under its jurisdiction, including journalists. As a state party to the International Covenant on Civil and Political Rights (ICCPR), Pakistan must also ensure the media is free to carry out its critical function of facilitating and promoting freedom of expression, as guaranteed by Article 19 of the ICCPR. Journalists play a vital role in exposing human rights abuse. Ensuring that journalists are able to undertake their work free from harassment and abuse is therefore an essential cornerstone in the protection and promotion of human rights in Pakistan.

We call on your Government to urgently take the following steps, in line with Pakistan’s international legal obligations, so that journalists may carry out their work free from harassment and abuse:

* Re-start the criminal investigations into the abduction and killing of Saleem Shahzad, as promised by the current Pakistan government, and ensure that all potential suspects, including members of any military and intelligence authorities, are subjected to a full, independent and impartial investigation.

* Ensure that all persons suspected of crimes involving human rights abuses against journalists, regardless of their status, rank or affiliation with state or non-state groups, are brought to justice in fair trials without recourse to the death penalty.

* Implement the Prime Minister’s announced plan to establish a public prosecutor at the federal and provincial levels tasked with investigating attacks against journalists, and ensure that it is independent, adequately staffed and resourced, and has authority to investigate the military and intelligence services in addition to civilians. Also implement the Prime Minister’s commitment to expedite the prosecution of the killers of journalists by changing trial venues and expanding witness protection programs.

* Ensure, in line with the United Nations Plan of Action on the Safety of Journalists and the Issue of Impunity, that media companies adhere to requirements on due diligence, health and safety, among other standards in national law and policy; and introduce systemic legal and policy reforms where such requirements either do not exist in national law or are inadequate.