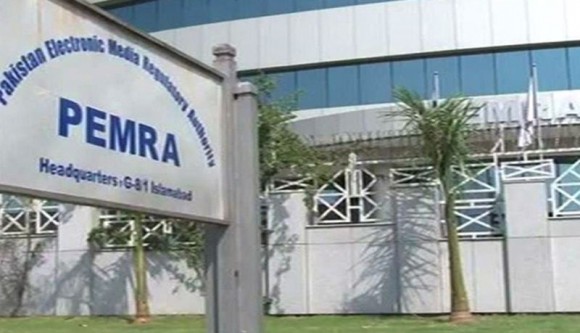 KARACHI: The latest order from the Pakistan Electronic Media Regulatory Authority (Pemra) warning private television channels to not broadcast what it called hate speech has once again caught the electronic media off-guard. Media managers and practitioners once again find themselves at a crossroads between military, political parties and the government.

The warning was issued late Thursday night after a speech of Muttahida Qaumi Movement (MQM) leader Altaf Hussain in which he had made certain remarks against the armed forces. He later sought an apology for the tirade, but private news channels which ran his speech had already been served show-cause notices.

Pemra’s directive, which is being widely viewed as a follow-up to the military spokesman’s reaction, is nonetheless interesting because when the MQM chief was live on more than 20 news channels, the regulatory body was nowhere in sight and had approached none of the channels.

It was only when Director-General Inter-Services Public Relations (ISPR) Maj-Gen Asim Bajwa tweeted the army’s response to Altaf Hussain’s speech, threatening legal action against the MQM chief that Pemra sprang into action.

Interestingly, a few hours prior to the broadcast of Altaf Hussain’s speech, then Senior Superintendent of Police Malir Rao Anwar held a press conference that ran live and equated the MQM with the banned Tehreek-i-Taliban Pakistan.

However, Pemra chose to say nothing at the time and although the Sindh government recalled Anwar from his posting not long after, television channels went on with their coverage that concentrated on what quickly became the talk of the evening.

Given the content of Anwar’s press conference, one expected a strong reaction from the MQM chief which is exactly what happened. Altaf Hussain spoke in a critical fashion and the military spokesman reacted. Having assessed DG ISPR’s reaction, the information ministry and the defence minister appeared to have quickly jumped on the bandwagon of how the MQM chief’s words constituted “hate speech” that should be prosecuted, bringing us once again to the question as to whether the latest Pemra order on the same in fact constitutes media censorship.

Most media practitioners and observers believe that both Pemra and the media are responsible for the content that ends up getting aired live. Azhar Abbas, President and CEO of the upcoming television channel BOL, says it is the responsibility of news management teams to monitor live content.

More on this: Altaf’s remarks on army to be legally pursued: ISPR

“All TV channels have submitted written assurances to Pemra that they will use a delay mechanism to ensure that hate speech is not aired,” he says.

Moreover, delving into the crux of the matter, senior journalist and television anchor Talat Hussain believes there is a need to define what exactly constitutes hate speech so media managers and practitioners have a clear understanding of their freedoms and limitations along with the rationale for these.

He insists that the concept is used in an arbitrary fashion at times, leading to its abuse at the hands of vested interests and censorship in order to achieve political ends.

“For example, Altaf Hussain has said a number of things in the past and there hasn’t been a problem,” the anchor says, adding that “what was being said in the recent dharnas (sit-ins) outside the Parliament could also be regarded as hate speech”.

He further asked that although certain anchors had been resorting to hate speech in their talk shows, it was baffling that no action had been taken against them.

With the two senior journalists exploring the areas of responsibility and definitions when it comes to the concept of hate speech and how to manage it in a frenzied environment of breaking news TV, former Supreme Court Bar Association (SCBA) president Justice (retired) Tariq Mehmood dubbed the operations of the media as a circus where everyone airs their views with no accountability.

However, in the case Altaf Hussain’s controversial speech, he says it is the state’s responsibility to pursue the matter through a formal complaint against the MQM chief who is in fact a citizen of the United Kingdom of Great Britain.

Broadcasters, PFUJ yet to respond

So far there has been no reaction from either the Pakistan Broadcasters Association (PBA) or the Pakistan Federal Union of Journalists (PFUJ) against the Pemra order.

PFUJ President Afzal Butt says he has not read the order and would only relay a reaction on the subject after he has gone through it.

A ‘dilemma’ for journalists

Journalists have pointed out though that unless an enabling environment is created and the media is given adequate protection against censorship, such instances are likely to occur again and again.

This is particularly critical in the case of Pakistan which remains one of the most dangerous places in the world for journalists who often get caught in the crossfire between state and non-state actors.

A simple example to illustrate the dilemma confronting journalists and media organisations here is a suo motu notice taken in 2014 by then chief justice of Balochistan Qazi Faez Essa over the publishing and airing of statements by banned Baloch separatist organisations.

He had asked a media representative to explain why the media aired and published these, to which the response came that if the court could assure security and protection to the media from the said banned organisations, such statements would never be aired. And this was where the subject came to rest.

So the question presents itself, is Karachi any different? 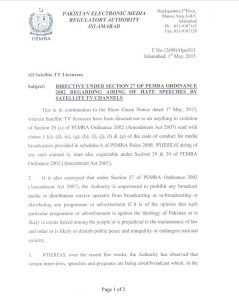 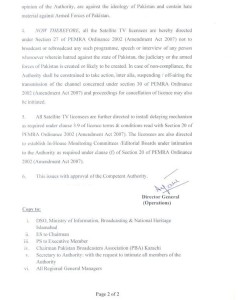