Home » Featured » IS khilafat radio could also be heard in Pakistan 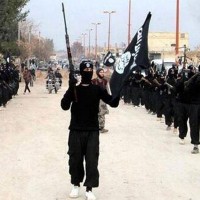 Anti-government radio , “Voice of the Caliphate”, launched in Afghanistan by the Islamic State (IS) is also being heard in tribal areas of Pakistan, a local media reported.

According to the local media, the radio broadcast can be heard in Halimzai Tehsil of Mohmand Agency.

The brodcast begins after Maghrib and lasts for an hour. First there is a sermon that lasts for 30 to 40 minutes. Rest of the broadcast consists of naats and Jihadi anthems.