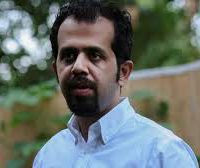 PARIS — On Jan. 10, 2018, I survived an abduction and possible assassination attempt by armed men who stopped my taxi in the middle of an highway in Islamabad, Pakistan, when I was on my way to the airport. Luckily, I escaped. I believe the attack was orchestrated by the Pakistani army, which has been threatening me for years over my journalistic work on military abuses in Pakistan.

Since the brazen assault, I have fled Pakistan with my wife and five-year-old son, and we now live in self-imposed exile in France. After the attack, several well-wishers told me that if I did not stop speaking about the Pakistani military, I would be shot dead the next time they came for me. So I decided to speak up from the safety of exile. But now, even in exile, I feel unsafe.

I was in Washington last month for a conference organized by Pakistani dissidents in exile like me, when I received a call from U.S. authorities. I met with the officials, who told me they had intelligence about an assassination plot against me if I were to ever return to Pakistan. I was further advised to stay away from Pakistani embassies around the world and also Pakistan-friendly countries. Other Pakistani dissidents in exile have received similar warnings.

The U.S. intelligence officials told me they believe that, after Jamal Khashoggi’s killing, repressive regimes such as the one in Pakistan have been emboldened to silence critics, not only at home but also abroad. It certainly seems that Saudi Crown Prince Mohammad bin Salman, who may have ordered the hit on Khashoggi, is going to get away with this murder, as the Saudi royals’ global relations remain unscathed.

When a journalist friend asked me to be careful after the Saudi journalist’s murder, I brushed it off by saying Paris, where I currently live, is safe. But then he reminded me of the killings of three Kurdish dissidents in the city in 2013, allegedly ordered by Turkish authorities.

Now, after the warning I received, I once again fear for my life. Every time I leave my apartment, enter public places or simply walk on the streets in Paris, I am paranoid about being followed. Every time I stand on the subway platform, I fear that someone may push me on the tracks at the last moment.

Since the warning by the U.S. agency, my family has been telling me to go quiet and forget about Pakistan. I remind them that the only reason I left Pakistan, where I had a stable job, a comfortable home and a strong journalism network, was so I could continue being the voice of those in Pakistan who cannot speak up.

I have had friends murdered, disappeared and shot because they dared to challenge the powers that be. This past year was the worst year for Pakistani journalists.

Hundreds of journalists have lost their jobs in recent months because of a financial squeeze that many believe has been orchestrated by the Pakistani authorities to teach independent media houses a lesson. With physical attacks such as the one on me and several others, fear has taken over the industry, resulting in unprecedented self-imposed censorship. A recent survey revealed 88 percent of Pakistani journalists exercise self-censorship.

With the mainstream media muted, social media platforms have become an important outlet for those who still dare to speak truth in Pakistan. But even those platforms are now collaborating with the Pakistani authorities. Facebook is heavily censored in the country and Twitter has been sending legal notices on behalf of the Pakistani government to its users to remove objectionable content. I received such a warning, too. Also, following the Saudi playbook, Pakistan also deploys armies of online trolls to target target critics like me, warning us of fates like Khashoggi’s.

Pakistan recently had elections, and a new government has come into power, led by cricketer-turned-politician Imran Khan. His close ties to the military show he may not care for democratic norms such as freedom of expression.

One year after my attack, the harassment, intimidation and threats have followed me abroad, too, and have forced me to think whether it is all worth it. As someone recently told me: If they are obsessed with silencing a journalist and his ideas, it probably means that his ideas are powerful and worth listening to.

I believe powerful and independent ideas should not be given up, no matter what the cost.