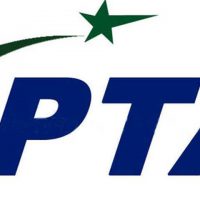 ISLAMABAD: The Islamabad High Court has issued a notice to the Pakistan Telecommunication Authority (PTA) in response to a petition filed by the left-wing Awami Workers Party (AWP) against the blocking of its official website.

Chief Justice Athar Minallah admitted the petition for regular hearing following issuing arguments on its maintainability. The PTA has been asked to submit its response at the next hearing.

AWP’s website was blocked just ahead of the 2018 elections. The party has filed a complaint with the Election Commission (ECP) and the PTI, but the website continues to be blocked by most internet service providers (ISP) throughout the country.

AWP General Secretary Akhtar Hussain, through his counsel Mohammad Haider Imtiaz and Umer Ijaz Gilani, filed the petition in the IHC, making the PTA a respondent.

In addition to asking for its website to be unblocked, the party urged the court to direct the PTA to guard citizens’ fundamental rights in online spaces and exercise its powers to block content online strictly in accordance with the law.

The website was blocked in June 2018. The party claims it was blocked to sabotage their election campaign.

The petition contends that the blocking was the result of censorship against dissenting views, citing reports by the Digital Rights Foundation and the Observatory of Online Network Interference.

The party has approached various forums since, including the PTA, ECP and the relevant ISPs, but has not been granted any relief so far.

The AWP said it has filed a writ petition as a last resort while their website remains inaccessible. The petition places reliance on the 2018 IHC judgement against shutting down telecommunication networks.

In that judgement, then judge Athar Minallah had taken notice of the telecommunication network shutdowns carried out by the PTA.

Furthermore, it is mandatory for the PTA to give reasoned orders in relation to the blocking of online content, against which statutory remedies have also been provided by law.

According to the PTA’s 2018 Annual Report, which the petition cites, the authority has blocked 800,000 websites at present. In almost no case have the requirements of the aforementioned legal provisions been complied with, an AWP press release said.

AWP’s official website – awamiworkersparty.org – became inaccessible to many users in Pakistan, on various networks, last year. Visitors to the website were told the “website is not accessible” as it contained “content that is prohibited for viewership from within Pakistan”. The website is accessible outside the country.

The AWP said blocking the website of a legally registered political party violates the fundamental rights to association and expression, protected by the Constitution.