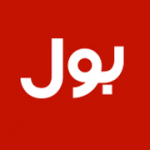 ISLAMABAD: The Islamabad High Court (IHC) on Saturday dismissed an appeal filed by BOL TV channel against the ban on one of its entertainment programmes as well as its host.

The Pakistan Electronic Media Regu­larly Authority (Pemra) on Jan 20 imposed a ban on the programme and its host for airing “objectionable” content. Pemra also slapped a fine of Rs1 million on the TV channel.

BOL TV and programme host Waqar Zaka challenged the Pemra’s decision before the IHC. The case was heard by Justice Miangul Hassan Aurangzeb.

The counsel for BOL TV in the case argued before the court that the TV channel aired a reality show called Champions hosted by Mr Zaka. According to him, in the said show a group of participants live together in a controlled environment. The participants perform tasks that challenge their physical and mental strength and that the said show is popular among the youth.

All of a sudden, he added, a show cause notice was issued to M/s Labbaik, the parent company of BOL TV, on Dec 3, 2019. He said Pemra was apprised that the TV channel had complied with all the rules, regulations and code of conduct issued by the authority.

But without taking into consideration the content of the reply to the show cause notice, Pemra banned the programme and the host, besides imposing a fine.

Justice Aurangzeb, however, set aside Pemra’s order of banning the host of the programme and allowed him to appear in any other television programme.