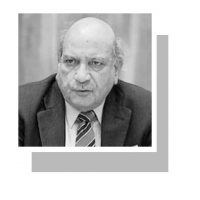 ON Monday, when the nations of the world celebrate the 70th anniversary of the signing of the Universal Declaration of Human Rights, the Pakistan government too will be expected to not only count what has been done to guarantee the people’s human rights, but also to reflect on what remains to be done.

The first task for the state, for obvious reasons, is to improve its capacity to protect the rights of all citizens to life, liberty and security, especially of the socially and economically weaker sections of society. Quite high still is the number of people who lose their lives due to preventable causes, such as lack of the minimum necessary health cover, road accidents, killing of women for mens’ honour, so-called police encounters and targeting of religious/ ethnic minority communities and sects.

Even the high rates of infant and maternal mortality seem to have been dropped from the list of national concerns. The right to dignity of person is denied to a preponderant majority with near-total impunity for its violators. The labour unions and students and civil society organisations (CSOs) are complaining of extraordinary restrictions on their right to freedom of association. The Exit Control List is being blatantly abused to deny the right to go abroad. Enforced disappearances amount to the denial of all the three basic rights — life, liberty and security. And women and minorities have been kept waiting for years for a fair dispensation. Perhaps the most serious human rights issue today concerns the media’s freedom of expression.

The list of human rights issues that demand attention on a priority basis is quite long. We should like to restrict this discussion to three groups of citizens whose support the state needs for the defence and promotion of human rights and who are receiving a raw deal — CSOs, human rights defenders and the media community.

The travails of CSOs have been in the public debate for years. The authorities have paid little heed to protests and warnings against the banishment of international NGOs, and a concerted drive is on to strangulate national CSOs, in utter violation of the law and constitutional rights. One shudders to think of the harm this myopic policy is going to cause.

A bare reading of the UN declaration on human rights defenders should enable the Pakistan authorities to realise that “everyone has the right, individually and in association with others, to promote and to strive for the protection and realisation of human rights and fundamental freedoms at the national and international levels.” The state must guarantee human rights defenders their right to life, freedom of assembly, freedom of association, freedom of expression, opinion and protest, freedom to access information and to communicate with international bodies, the right to receive funds and the right to an effective remedy.

It is essential to accept as a human rights defender everyone who reacts to human rights violations, reports these to the authorities as a journalist or as an active citizen and strives for redress.

Perhaps the most serious human rights issue today that deserves to be at the top of the government’s agenda is the decline in the media’s freedom of expression and the worsening of its economic prospects.

There was an upsurge of hope in the hearts of many a media person when Prime Minister Imran Khan squarely denounced censorship as a weapon used by weak regimes that wished to hide something while his government believed in complete transparency and had nothing to conceal. It seems he was speaking about some other country or he had not been told of the concerns the media community has been expressing for weeks on end.

These concerns are about the economic crisis in both electronic and print media caused by discriminatory policies. As a result, a large number of journalists from both electronic and print media have been rendered jobless. There are complaints of censorship of a kind never experienced before, and perceptive writers are referring to a bleak future for the media. If media persons are not reliable witnesses in their own cause, their ordeal can be judged from some of the recent reports and comments on their condition.

In September last, the Committee to Protect Journalists (CJP), an international watchdog of sound standing, issued a report expressing concern over the decline in press freedom in Pakistan.

In the same month, the recommendations made to Pakistan after the Universal Periodic Review organised by the UN Human Rights Council included a call to protect independent journalists. Last month, Justice Faez Isa of the Supreme Court was so incensed at official control and management of the electronic media that he is reported to have observed: “You want to make the channels bow down, so that they say what you want them to say. Is this Pakistan? Did we gain independence for this?”

Pakistan is still in the list of countries where the rate of journalists getting killed is quite high. But as a recent report by Freedom Network showed, the state has demonstrated little interest in apprehending the culprits or in prosecuting the few that get caught.

The other day the Council of Pakistan Newspaper Editors expressed its deep concern over the condition of the freedom of the press in the country and said the press was living in a state of extreme suffocation and unnecessary restrictions.

And the entire media is seriously apprehensive of what the proposed regulatory law will hold for it, since the moment voluntary registration of a professional group is replaced with regulation, the curtailment of freedom begins.