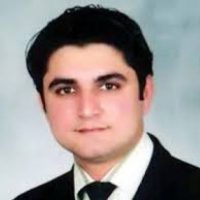 KARACHI: Sindh home department on Tuesday opposed the transfer of convicts, accused in the murder of journalist Wali Khan Babar, from Larkana to Karachi Central Jail.

According to a reply, submitted by the home department before the Sindh High Court (SHC) bench, the convicts could not be transferred due to security reasons. The number of people imprisoned in jails in Karachi exceeds the capacity and the criminals are already under trial in Sukkur.

According to the prosecutor, Mehmood was arrested from Muttahida Qaumi Movement headquarters, Nine-Zero and has been awarded the death sentence. Naveed and Umar are imprisoned in jail for life. An anti-terrorism court (ATC) had awarded life imprisonment and death sentences to the criminals.

The trial of the case was conducted in Sukkur and appeal is under trial in Larkana. Transferring the accused to Karachi from Larkana is difficult, said the prosecutor.

The plea argued that the criminals were convicted in 2014 and while the plea against the sentence had been filed in 2014, they hadn’t proceeded further.