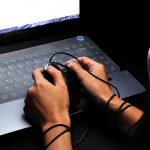 ISLAMABAD: Chairman Pakistan People’s Party and Chairman National Assembly Standing Committee on Human Rights Bilawal Bhutto Zardari Tuesday said the issue of harassment of women journalists would be discussed with the other political parties and the recorded statements would be pursued till their logical end.

“On this issue of online harassment of women journalists, anchors and commentators, the officials of Information Ministry and ISPR will also be called. If the PPP is unable to get justice for these women journalists, then it will approach the court,” he said while chairing a committee meeting at the Parliament House.