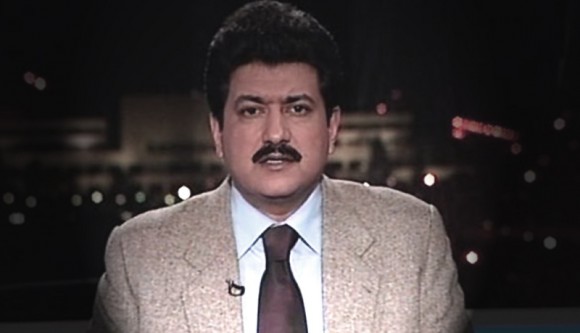 The law ministry sent the names to the interior ministry which will to notify the constitution of the commission under the Pakistan Commission of Inquiry Act 1956.

The commission will ascertain the facts, identify culprits and fix responsibility of the April 19 firing in Karachi which left Hamid Mir severely injured. It is likely to complete its inquiry within 21 days.

The setting up of the commission was welcomed by a member of the judicial commission which appoints superior court judges, former Supreme Court Bar Association chief Yasin Azad.

A police team is also investigating the incident.

The names of the judges of the Special Court hearing a treason case against former military ruler retired Gen Pervez Musharaf had also been recommended by the judiciary on a request sent by the government on Nov 18 last year.

Mir belongs to a literary and journalistic family. He is a Punjabi of Kashmiri origin.

Hamid Mir joined the Daily Jang (Lahore) in 1987 and worked there as sub-editor, reporter, feature writer and edition in charge. In 1994, he broke the submarines purchase scandal in Daily Jang. Some close friends of Asif Zardari (husband of then Prime Minister Benazir Bhutto) were involved in that scandal, along with some Navy officials. Mir lost his job the day his article was published.

In 1996, Hamid Mir became the editor of the Daily Pakistan in Islamabad, making him the youngest editor of any national Urdu newspaper in the history of Pakistani journalism. He lost his job again in 1997, when he wrote an article in the Daily Pakistan about the alleged corruption of prime minister Nawaz Sharif. Also on 25 December 1997, he launched Daily Ausaf (Islamabad) as founding editor.

In 2002, Mir joined GEO TV as the Northern Region editor. Since November 2002, he has hosted GEO TV’s Capital Talk, a political talk show in which top Pakistani politicians from the government and opposition have appeared. He is also writing a biography of Osama bin Laden, as well as a weekly column in Daily Jang.