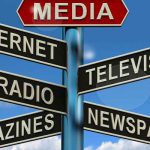 Islamabad: The government has decided to approach the Pakistan Electronic Media Regulatory Authority (Pemra) on airing of interviews of convicted persons by the electronic media. During a meeting here on Tuesday with Prime Minister Imran Khan in the chair, the federal cabinet discussed the interview and expressed concern over it.

Geo News interviewed the PPPP President Asif Ali Zardari on July 1, but it was pulled off air shortly after it was aired.

The prime minister said no convict should be allowed to be interviewed by the media. Addressing a post-cabinet press briefing here, Federal Education Minister Shafqat Mehmood said the Pemra will be asked to justify the airing of interviews of under-trial prisoners (UTPs). Anchor Hamid Mir took to Twitter to express his outrage [at the incident].

“I can only say sorry to my viewers that an interview was started and stopped on Geo News. I will share the details soon, but it’s easy to understand who stopped it? We are not living in a free country,” he wrote.

Shafqat claimed that nowhere in the democratic world, media coverage of under-trial prisoners was permitted. “A person accused of undermining the future of the country — a country, which is steeped deep in Rs30,000 bn of debt — accused of taking advantage of his office, of having illegally earned billions and accumulating billions abroad, appears in court and has flower petals showered on him. And then he gives an interview to the media.

“You are under arrest and have been accused of looting the nation’s wealth. You are let out briefly to attend parliamentary sessions and you are giving interviews to the media and having flowers showered on you,” he remarked.

“This does not take place in any democracy anywhere. Yes, it’s understandable if a person is out on bail, they may give interviews and do whatever they think they must,” he said.

He noted that the production order’s purpose was to call in a member of the Assembly to cast his vote so that on the passing of a bill, their absence was not taken advantage of by the government.

“But you come and give speeches and interviews to the media,” he said, directly addressing Zardari, who is facinga corruption probe launched against him by the National Accountability Bureau (NAB). It has been decided to ask the Pemra how it is allowing something which does not take place in any democracy, he said.

“But here… when Shehbaz Sharif’s production orders were issued, he actually had the NAB chairman — who had arrested him — summoned. In which democracy do these things take place?” Mehmood asked.

“But these sorts of traditions have no mention in the history of democracy anywhere,” he reiterated. The federal cabinet expressed concern over the use of national electronic and print media for promoting the convicted persons’ narrative.

The cabinet emphasized that the Pemra should fulfill its responsibilities to discourage such trend. Imran Khan also directed Adviser on Finance Dr. Abdul Hafeez Shaikh and the FBR chairman to ensure that prices of essential commodities including flour, ghee and pulses, were kept at a reasonable level so that there was no additional burden on the low-income groups.

He expressed deep concern over the trend of granting job extensions to some persons in certain organizations and the criteria published in the media to select them. The prime minister said a strict action will be taken against the responsible persons of government organizations for showing bias or favour while recruiting candidates for public sector jobs.

The cabinet showed concern over the fact that former federal minister Khawaja Asif was a salaried employee of a foreign organisation during the time of his minister-ship, which was not only against his position, but also contravened his oath.

The cabinet directed the interior ministry to furnish a report after completing investigations into this violation. The cabinet was given a detailed briefing on the number of foreign visits of former president Asif Zardari and former prime minister Muhammad Nawaz Sharif and the expenditure.

Giving details of the visits, Shafqat Mehmood said Asif Zardari during his presidency made 134 foreign visits and spent 257 days abroad. He also took 3,500 people along with him on these trips.

His visits cost the national exchequer Rs1.42 billion at a time when the country was under heavy debts. Shafqat said Zardari visited Dubai 51 times and spent Rs100 million on the visits of which 48 visits were private.

He spent Rs320 million on 17 visits to the UK. He said when Nawaz Sharif was prime minister, he remained out of country for 262 days and Rs1.84 billion was spent on his foreign visits.

Shafqat Mahmood said Prime Minister Imran Khan was visiting the US this month on the invitation of President Trump.

He said it had been decided that the prime minister will stay at the residence of Pakistan’s ambassador to the US to save costs. He said every effort will be made to minimize the expenditure.

The federal cabinet discussed overall political and economic situation of the country. The cabinet offered Fateha for martyred Deputy Collector Customs Quetta Abdul Quddus and prayed for his lofty status in the heaven. The cabinet also paid tribute to his services.

The Nation: Cabinet alarmed by promotion of convicts on media

Dawn: Convicted politicians not to get media time, decides govt