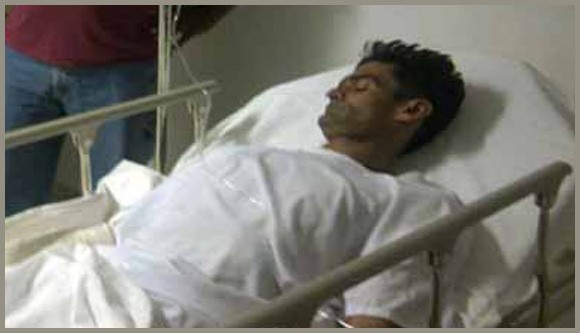 KARACHI: Zille Hyder, a Geo TV reporter was injured in an armed clash between two groups at Sohrab Goth Sunday, according to a brief post on the channel’s website www.geo.tv.

Hyder, shot in the arm, was rushed to a local hospital where he was reported to be out of danger. Violence continued to rage in Karachi with another 10 people killed Sunday, news channels said.

Earlier on Saturday, two journalists – Syed Tariq Hussain and Aslam Raja – of a local weekly were killed in a targeted attack near Saifi College by unidentified gunmen.