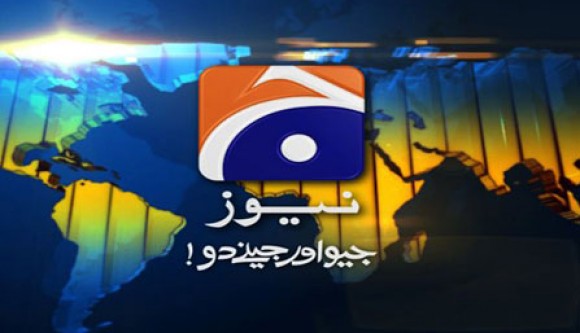 ISLAMABAD: Geo TV has been blacked out in all cantonment areas and hawkers are not being allowed to distribute daily Jang and The News to subscribers.

It appears as if the ghost of General Ziaul Haq is still haunting the freedom of the press like it had done during the worst dictatorship during the late ’70s and ’80s.Geo TV invited the wrath of the Inter-Services Intelligence (ISI) by airing the apprehensions of senior journalist Hamid Mir through his brother, that too after the near fatal attack on the senior anchorperson.

Instead of using legal means, some forces have directed all the defence institutions and cantonments to black out Geo TV from cable, and the order was complied with in no time. The hawkers in the Cantt areas have also been directed not to supply daily Jang and The News in cantonments all over Pakistan.

The forces who only know how to use muscle instead of reasoning and logic did not wait for the decision of the Pakistan Electronic Media Regulatory Authority (Pemra) where the ISI has lodged a complaint against the Jang Group and instead started implementing the contents of this complaint in the cantonments and defence institutions.

Adoption of legal battle to achieve a remedy against a wrong is always appreciated but, despite knowing the fact that only Pemra can order closure of any channel, these forces have themselves assumed the job of the regulator and have ordered cable operators in Cantt areas not to air Geo TV, which by no means is legal.

However, the poor cable operators have no other choice but to bow before the all-powerful men in boots.Importantly, 95 percent population of cantonments is civilian but they too are forced to bear the consequences of the illegal order originated out of garrisons of blacking out Geo TV and not letting the hawkers to sell/ distribute ‘Daily Jang’ and ‘The News’ in the areas controlled by the Pakistan Army.

It is not the first time that the Jang Group has been subjected to such censorship as the subscribers have not forgotten the 1997 and 2007 blackouts by the powerful governments but in the end, it was sanity that prevailed and not the senseless power.

The Jang Group has always been adopting the legal means to fight the wrongs done with it and still many cases, including defamation, are pending before the courts.In the present case, despite adopting the legal channel of action against Geo TV through a complaint lodged with Pemra, the forces, without waiting for the outcome of the complaint, have illegally imposed censorship on Pakistan’s most popular media group. However, the Jang Group lives in the hearts of people; it can be blacked out on cable, hawkers can be stopped from selling its newspapers but how can someone remove Geo/Jang/The News from the hearts of millions of Pakistanis?