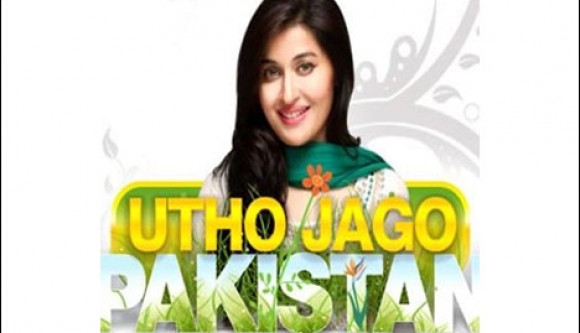 Taking immediate cognisance of the controversial content aired in the morning show of the Geo Entertainment Channel, “Utho Jago Pakistan” hosted by Shaista Lodhi, on May 14, PEMRA has served a show-cause notice to the channel and has called for immediate explanation, said a press release on Thursday. PEMRA said the aired content was in violation of clauses (a), (i) & (p) of PEMRA Code of Conduct, contained in Schedule A of PEMRA Rules 2009 which states that:

(1) No programme shall be aired which- (a) passes derogatory remarks about any religion or sect or community or uses visuals or words contemptuous of religious sects and ethnic groups or which promotes communal and sectarian attitudes or disharmony; (i) is against basic cultural values, morality and good manners; (p) contains material which is against ideology of Pakistan or Islamic values.

PEMRA has received more than 5,000 public complaints against the programme of the channel through PEMRA Complaints Call Centre and website. The complaints are being referred to the Council of Complaints in the light of Section 26 of PEMRA Act 2007, for deciding the matter on emergent basis within a week.

Meanwhile, the TV channel has launched an inquiry against the show over what it terms was an “inadvertent mistake”. Earlier, Dr Shaista Lodhi, the host of the show, apologized over the “inadvertent mistake” in the programme. According to her statement aired on Thursday, the remorseful host said that she along with the entire team of the show feels sorry and tenders an apology “for the circumstances that were triggered unintentionally due to the content of the programme broadcast yesterday”.

Dr Shaista said that she seeks forgiveness from the Almighty Allah over an unintended gaffe that hurt the sentiments of the people. The Sunni Ittehad Council (SIC) Thursday demanded the government ban Geo TV just like YouTube had been banned. “The satellite news channel has started ‘attacking’ the sacraments of Islam, thus it must be taken off air,” alleged SIC leader Sahibzada Hamid Raza.

Raza said that the SIC would move the Supreme Court of Pakistan against this violation. “Geo TV must be tried for blasphemy against the holy Quran and Islamic traditions,” he said. The SIC chief stressed that social reformation was one of media’s key responsibilities.

“The mass media with their extensive outreach must always be careful about the content they are airing. They must design it in a way that it does not hurt anyone’s sentiments, especially religious,” Raza said. He also announced that the SIC would stage a protest sit-in against the channel on Sunday. “We will protest until the satellite channel is banned”, he said.