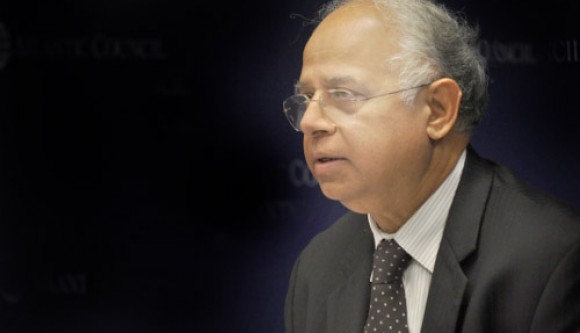 The murderous attack on Raza Rumi in Lahore in which his driver died was claimed by militant extremists, as was the subsequent threat to veteran media personality Imtiaz Alam.

While the motive and responsibility for the dastardly assault on Hamid Mir in Karachi is still a matter of speculation, the threat to the freedom of expression in Pakistan is nothing new. However, the drastic escalation of violence thereof against the Fourth Estate by the targeting of well-known media personnel is very disturbing.

To quote my article ‘Media and accountability’ of December 6, 2007, “The ‘honest broker’ role of the media is one of its most important functions. The people need the media to provide them with a fair and accurate report of events and policies. Even in times of great trials and upheaval, like the situation obtaining in Pakistan today, the people must be involved in important decision-making. They can only be so if they are part of the process. The media helps get them involved. Without a free and independent media, citizens cannot know that their voices will be heard.

“The media in Pakistan has been increasingly subjected to different types of intimidation to silence the voice of dissent and truth. The same (Musharraf) regime that to its credit allowed ‘a hundred flowers to bloom’ in the media has engaged in acts of vandalising, threatening telephone calls, illegal detentions, harassment and use of various state bodies against journalists, writers, media owners and other members of the media. These tactics are systematic pattern of harassment and victimisation used against those who cannot otherwise be tamed or bribed. Governments should realise that being in power they need to be held accountable”.

While terrorists and criminals employ the same tools of intimidation, the media is showing increasing courage in fighting back to protect the freedom of expression.

Contributing to the institutionalisation and strengthening of democracy by promoting good governance, the Pakistani media has raised the level of knowledge among people by exposing the crimes and misdeeds of the national/international criminals, smugglers and terrorists. A bridge between the government and the opposition, between the government and the people, between people and their representatives and between national and global interests, the media has given voice to the grievances of the neglected people in society.

As per my article ‘Media as an economic force multiplier”, dated November 8, 1999, “Democracies depend upon the media to maintain the sanctity of trust imposed by the people on any government. Without the media to exercise an effective check, authority has a tendency to go berserk in all senses of the word, combining misuse of powers with nepotism, favouritism and outright corruption.” This accountability makes the media into a measure of dread for those who fear such accountability. Accountability also requires the government to publish the list of those in the media paid by any state organ.

While the right to disagree is a fundamental prerogative and one has to respect that right, it must be on the basis of facts, logic and force of arguments. The media must not become party to confusing issues by resorting to conjecture and the coalescing of emotions. Apportioning blame and making accusations on the basis of apprehension rather than on hard evidence takes the focus away from apprehending and prosecuting the actual perpetrators. Objective analysis and presentation on issues of consequence means both criticism and accusation must be done in good faith, rather than for denigrating something for personal vested interests and ulterior motives for maligning somebody.

The gut reaction alleging ISI involvement in the Hamid Mir case is most unfortunate. As vocal critics of the government, the army and the ISI, both Raza Rumi and Imtiaz Alam could have made the same allegations. While it is Hamid Mir’s fundamental right to accuse anyone from whom he feels a life threat, perception cannot take precedence over hard evidence. Knowing that Hamid Mir was making such accusations anyone could have taken advantage by a ‘false flag’ operation to put the blame on the ISI.

While this was a professional ‘hit’ of a target killer, six bullets in the body out of nine fired, it did not have the hallmark of being professionally executed as a set-piece ambush. Putting it bluntly, if it were the ISI Hamid Mir would be dead!

We must wait for the Judicial Commission’s enquiry. Do we align ourselves with the Indian media going to town on our vital state organs without all the facts uncovered? Freedom of expression cannot become a licence to attack the integrity of the state by vicious propaganda. We must not get carried away with emotions and/or jump to conclusions, professionalism requires fact-based analysis and investigation.

According to Wikipedia, “mass media have a basic responsibility to help strengthen and support democratic processes. Fairness, honesty and ethical behaviour and open, probing minds must be nurtured. Journalists have to be committed to the excellence of their profession to its high standards, and to its defence. Journalists must also take upon themselves an important duty – to act as the people’s agents in seeking the truth and uncovering falsehood. They must adhere to the highest moral and ethical standards”.

Journalists and editors must report the news without injecting into it their own points of view. Sometimes we transgress this aspect of self-governance and responsibility thereof.

In the prevailing circumstances the Council of Pakistan Newspaper Editors (CPNE) has taken a bold initiative for the protection of the media by tasking a newly formed Defence and Security Committee (DSC) to work towards a solution for the security problems facing media groups and their employees. The DSC will prepare a comprehensive security strategy for securing and sustaining media facilities throughout Pakistan during both natural and man-made emergencies such as terrorist attacks, natural disasters and all other threats or attacks nationwide, to ensure operation of media facilities before, during and after any major emergency.

Recommendations will include detecting, preparing for, preventing, protecting against, responding to and recovering from emergencies thereof. These will assure optimal reliability, robustness and security of media facilities throughout Pakistan, by arranging: (1) security audit and risk-assessment of media houses, safety training of employees of media groups and expansion of risk awareness; (2) creation of a special desk for media emergencies in the control rooms of a major private security company in each city with all media personnel getting a special number to call in an emergency; (3) monitoring media personnel moving to any trouble area if he or she will inform the control room at his or her discretion about his probable destination; (4) constantly re-evaluating risks, teaching media personnel operational discretion, training and awareness of post-emergency procedures; and (5) devising comprehensive medical insurance cover for in- hospital cases.

Instead of resorting to ‘ad hoc’ and/or ‘containment’ measures, reacting and fire-fighting, the DSC will prepare a well-crafted comprehensive policy for the protection of media freedom that is not straitjacketed by fixed mindsets. Freedom of expression being under threat, we must think ‘out of the box’ in devising ways and means to effectively counter this existential threat.

The writer is a defence and political analyst. Email: ikram.sehgal@wpplsms.com