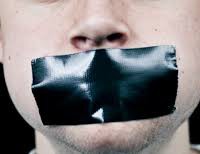 The state appears to have developed a taste for intimidation that society ought to be deeply concerned about. Initially, when a handful of bloggers went missing, there was great deal of confusion and uncertainty. Soon, however, it became apparent that a new front against lawful free speech had been opened under the guise of cracking down on unlawful conduct. The passage last year of a controversial law regulating online conduct appears to have opened the floodgates, leading to the astonishingly brazen attack by the interior ministry-led Federal Investigation Agency against vocal critics of the military and the government by social-media activists. This much is obvious: the FIA actions amount to a gross abuse of power that must be brought to an end with a clear and categorical commitment by the government that the actions will not be repeated. Closing in on 70 years of independence, the ability of the citizenry to choose its own government and criticise the state have been hard-won gains that cannot be given up. That an elected government is cracking down on legitimate dissent by the public against the state is doubly shameful.

It is clearly time for the courts to step in and defend the rights of the public — a core duty of the judiciary being to uphold the inalienable rights of the individual against any attack, but especially attacks led by the state. The questions are so numerous that it is scarcely believable a robust challenge to the FIA’s actions will not be upheld in a court of law. What needs to be established first is who has directed the FIA to launch its crackdown. Is it really some elements within the government or are other institutions using the FIA as a cover? Then there is the question of how the lists of targeted social-media activists have been drawn up. What legally enforceable standards have been applied and has the selection of targets been nakedly political or targeted? Finally, there are the rumours of allegation and intimidation by state officials against social-media activists and other dissidents. Is the state working under the cover of supposedly legal actions by the FIA to clamp down on free and political speech far beyond the parameters of the allegedly narrow lists of suspects? The history of state suppression of free speech is long and tawdry; the history of legitimate defiance is long and noble. New battle lines call for vigorous defences.

The Nation: The Crackdown