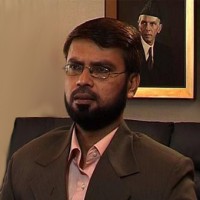 Police have arrested four suspects including the alleged mastermind behind killing of journalist Aftab Alam who was murdered on 9 September outside his residence in Karachi, the largest city of Pakistan.

According to DIG the suspects belonged to anti-Shiite school of thought and they wanted to fuel sectarian violence by targeting members of Shiite sect, ahead of the holy month of Muharram, when emotions and tensions run high.

Alam was fatally shot in his head on September 9, by unknown armed men who fled from the scene after shooting him. Alam had previously worked for Geo News and Samaa News television channels but had not been working for over a year because of health reasons.