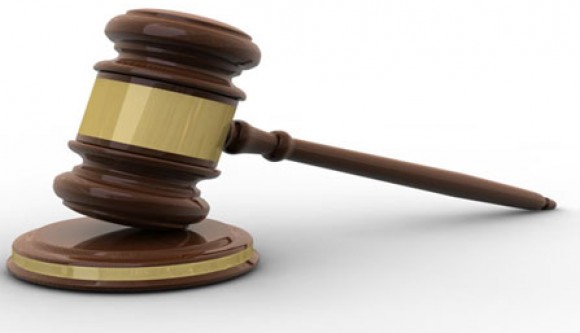 ISLAMABAD: The unanimous opinion of legal experts is that the additional sessions judge and the Justice of Peace Islamabad, who passed an order under section 22-A Cr.PC to register an FIR against journalists under the treason and terrorism acts, is unlawful and the JP didn’t fulfil the requirements of the law.

The JP has transgressed his authority by passing an order in the absence of an application moved to the police for lodging an FIR, criminal law experts spoke out when contacted by this correspondent.

Renowned criminal lawyer, Rizwan Abbasi when contacted, said, “The JP crossed his limits.”He said section 22-A, B of the Cr.PC provides remedy for aggrieved person in case there is some excess of the police authorities or the police refuse to lodge an FIR after receipt of information of a commission of a cognisable offence. When the application has not been submitted before the police, how can the Justice of Peace be approached, he asked.

The JP, in his order, indicated that the complainant didn’t approach the area police first and directly submitted a petition before the JP, he said. “Comments were sought from the SHO Margalla, who reported that no such application has been submitted by the petitioner as well as that the incident took place in another part of the country, so there is no jurisdiction to register an FIR,” the JP wrote in his order.

Rizwan Abbasi said the courts should not play the role of SHO, adding that in genuine cases, if someone directly approaches the Justice of Peace and claims that the police are reluctant to entertain/receive an application, he (the JP) can only direct the police to receive the application but in any eventuality, normal process cannot be bypassed. One should approach the police first and on the non-cooperation of police, one can knock at the door of the Justice of Peace.

If someone approaches the police for the registration of an FIR and feels aggrieved because of police conduct, when he approaches the Justice of Peace, he (the JP) can only see whether the information of the commission of a cognisable offence has been conveyed to the police. If yes, what is the reason for the inaction of the police, Abbasi said, adding that the JP cannot go into the correctness or falseness of allegations. Secondly, he cannot direct the police under a particular provision of law, and even the JP cannot add any section of the law.

In PLD 2005, Lahore page 470, titled Khizar Hayat and others vs IGP Lahore and others, Head Note-X, says, the JP cannot add or delete any section, overall in charge of a criminal case is area magistrate, who during the investigation gets many opportunities to go through the record of investigation and in appropriate cases and at an appropriate stage, he can require the IO to consider or delete any penal provision, he maintained.

Rizwan Abbasi said, in the present case, the JP declared the offence as a terrorist act when the application was not given to the police which is on record. He said, in the present era, every citizen of Pakistan or even a citizen of the global society can easily understand terrorism which explodes in markets and kills hundreds of people. How can freedom of expression can be termed as a terrorist act”. Terrorism is defined in section 6 of the ATA 1997, which is divided into two parts, Part-1 defines Mensrea, Part-2 elaborates Actusrea. If someone takes an action defined in sub section 2 of section 6 of ATA with the intention defined in clause 1 of section 6, then it can be termed as an act of terrorism. In an order dated 3-5-2014, the JP has discussed only Part-1 of the above said section and not mentioned which action has been taken by the proposed accused due to which he declared it an act of terrorism, Rizwan said.

However, on the other side, when journalists are being declared terrorists and traitors, article-19 of the Constitution protects freedom of speech, freedom of expression and freedom of press, he concluded.

Renowned lawyer Athar Minallah, when contacted, said the court (JP) should not exercise such power in these circumstances when high courts have dismissed the same kinds of petitions. “I haven’t heard such orders in my career,” Minallah said.

It is to be mentioned here that Additional Sessions Judge-VIII, /Judge of Peace (West) Islamabad, earlier accepting the petition filed by Arshad Mehmood Butt, son of Fazal Karim Butt, resident of Mustafa Apartments, Markaz G-8, Islamabad, ordered to lodge an FIR against journalists under the terrorism act.

He said the order was issued on the complaint of a person who is not an aggrieved party, while the aggrieved party has already availed its remedy and approached the Ministry of Defence and Pemra. Hence, he said, this order was not maintainable and the impression was not right that an FIR was not being registered despite court orders.