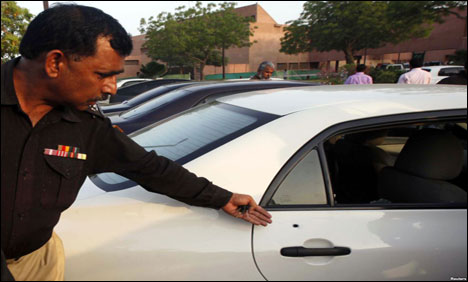 KARACHI: Karachi police have registered an FIR against unidentified assailants into an armed attack against senior journalist Hamid Mir.

The case was registered on behalf of sub-inspector Shahadat Khan under section 15 of Anti-Terrorism Act and 324/34 and 427 of PPO at the Airport Police Station.

According to the FIR, the attack on Hamid Mir was carried out under the Jinnah overhead bridge.

The FIR said the case has been lodged on the behalf of police as the injured journalist was not in a condition to lodge a case.