Home » Featured » ‘Expelling students is against freedom of expression’ 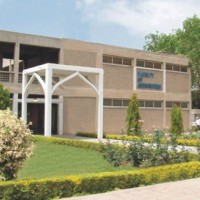 LAHORE: Activists have expressed their concern over the dismissal of students at the University of Agriculture Faisalabad (UAF) over a Facebook page critical of the varsity administration, terming the decision against the principles of freedom of expression and setting a bad precedent for other educational institutions in the country.

In early June, the UAF administration expelled six students on the charges of ‘bringing a bad name to the university’.

A charge sheet-cum-show-cause notice issued to the students stated:  “You have been involved in spreading undesirable comments/remarks against the university administration on Facebook with the name of Roznama UAF.

The university said in a statement that it had expelled the students after they were found involved in posting material against the UAF’s management on the Facebook page.

According to the statement, the students were expelled in accordance with the Students Regulation 1978 Clause IV and they have the right to appeal to the vice chancellor against the ruling.

Talking to The Express Tribune, Digital Rights Activist Nighat Dad said that the move by the management has set a bad precedent.

She said, “Promoting critical thinking is a very important part of student life. Online spaces are becoming an important part of our lives where students can talk about their issues and use their right of freedom of speech.”

Nighat was of the view that after the government of Pakistan’s crackdown against critics on social media, public bodies in the country were following suit.

She added that the university could use other laws and measures to counter criticism instead of rusticating the students.

“Expelling students does not justify the charges against them of criticising the administration,” she said, “Educational institutions cannot put the academic career of students at risk for just their social media activity.”

Human Rights Commission of Pakistan Chairman Dr Mehdi Hassan told The Express Tribune that the move to expel the students was against the principles of freedom of expression.

He said that it was hard to tell who owned the pages and anyone could use any person’s name for commenting on such forums. He said proper investigation should have been held before taking such drastic measures.

When contacted, some of the expelled students said that the administration was pressurising them to know who owned the Facebook page in question.

One student said that he only commented on a post on the page, while another said that the administration had initially prepared a list of 22 students who would have been targeted. However, he said that because of the pressure, they had settled on expelling just six.

“They [the administration] are asking us about who owns the page, while accusing us of running the page.

If they don’t know who owns the page then how can they expel us,” said one student. “A large number of students are following that page.

The reason for singling us out is beyond logic. It seems that they want to make an example out of us.”