Home » Featured » ‘Equal coverage be given to govt, opposition on TV channels’ 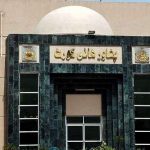 PESHAWAR: The Peshawar High Court (PHC) on Thursday issued a five-page detailed decision of declaring the measures of stopping Azadi March news and press conference of JUI-F chief Maulana Fazlur Rehman illegal. The PHC directed that equal coverage be given to the government and opposition on TV channels.

Advocate Obaidullah in his writ petition had stated that Pemra in its verbal orders had prohibited TV channels to desist broadcasting Azadi March reports. The PHC two-member bench during the hearing termed the Pemra order illegal and directed TV channels to accommodate both the government and opposition equally in transmissions. The PHC declares the act of not giving coverage to speeches and press conferences to Maulana Fazlur Rehman during Azadi March as illegal and unconstitutional.