Home » Featured » Enactment of law for protection of journalists urged 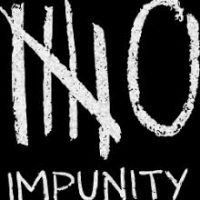 ISLAMABAD: Though the interior minister recently said there is a state within the state in Pakistan, the fact is there are many states within the state and no one knows which one is legitimate, former senator Afrasiab Khattak said on Thursday.

The Awami National Party (ANP) leader was speaking at a seminar on ‘International Day to End Impunity for Crimes against Journalists’ organised by the Pakistan Federal Union of Journalists (PFUJ) at the National Press Club.

“The violation of law is increasing day by day and a number of journalists have faced torture and others were beaten in the public. On the other hand, everyone knows state departments are involved in these crimes. A number of bloggers who disappeared recently and were released after a few weeks have confirmed that they were kidnapped by state departments,” he said.

“It is unfortunate that the law for the protection of journalists has been formulated without taking the journalists into confidence,” Mr Khattak said.

PPP Senator Farhatullah Babar said in order to end impunity of crimes against journalists one should first have a clear idea about the nature of the crimes against mediapersons so as to devise a strategy against it.

“The crimes against journalists basically originate from the right to freedom of expression, the right to dissent and the right to present an alternative security narrative to that pedalled by the state,” he said.

Explaining the pattern of violation of the law, he saidsome people disappeared without a trace, others faced prosecution under the Pakistan Electronic Crimes Act (Peca) 2016 and many were beaten in broad daylight by invisible people.

“Baloch and Sindhi political activists are continuously disappearing, a journalist in Quetta was charged under PECA for posting comments that security agencies thought endangered the federation and Ahmad Noorani of The News was attacked in broad daylight in the federal capital,” he said.

He said the enactment of a law for the protection of journalists was necessary. He suggested that the FIA’s report on action taken under Cyber Crimes Act should be placed before parliament.

Mr Babar said the UN at Geneva would next week take up the five-yearly review of Pakistan’s human rights record. He urged the journalist community to build pressure on the government to implement promises it had made in 2012.

Journalist Sheheryar Khan said it was unfortunate that cameras were insured but persons behind them were not.

“In Pakistan only foreign journalist Daniel Pearl got justice and just a few suspects in the Wali Khan Babar murder case were arrested. On the other hand, the whole family of journalist Hayatullah Khan, who was murdered in 2006, was eliminated to ensure that there would be no witness and no complainant,” he said.

Meanwhile, a new study carried out by media watchdog Freedom Network for the Pakistan Federal Union of Journalists (PFUJ) has revealed that crimes against journalists continued in Pakistan without any real danger of punishment.

“A zero conviction rate in six murder and attempt-to-murder cases of journalists is Pakistan’s highlight in the fight against deep-rooted impunity of crimes against journalists between November 2016 and October 2017,” the study says.

“With a zero conviction rate, Pakistan has not moved to work for an enabling environment for professional journalists to work,” commented Afzal Butt, the PFUJ president.