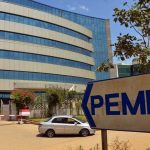 ISLAMABAD: The electronic media regulator has advised satellite television channels not to report on government meetings under progress, but the stakeholders expressed concern over the directive.

In a statement released on Wednesday, the Pakistan Electronic Media Regulatory Authority (Pemra) said news channels should exercise caution while reporting on decisions taken at cabinet meetings and rely mainly on briefings given by a cabinet member, in order to avoid the airing of “fake or speculative news”.

The Association of Electronic Media Editors and News Directors (Aemend) took exception to restrictions placed by Pemra on TV channels under cover of the ‘advice’ on how to report on cabinet meetings.

Azhar Abbas, the association’s president, said in a statement that Pemra was turning into a `censorship tool’ instead of acting as a regulator.

“Aemend is of the firm view that if there is news concerning the proceedings and decisions of the federal cabinet, and official circles decline to say anything on record, it is the media’s responsibility to report on matters of public interest.

He, however, added that the government had the right to contradict or clarify any report aired by a channel.

Aemend called upon the journalists’ unions and media organisations to resist this move to censor content and to undermine the media’s freedom.

Others:  The News , The Nation