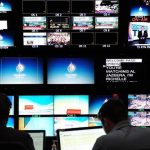 Ahmedpur East – Editors for Safety (EfS), a forum comprising a large number of newspaper editors and director news of leading televisions channels, has welcomed the move by the Ministry of Human Rights to draft a landmark bill that is aimed at ensuring safety and security of journalists against intimidation, abduction, torture and murder. The draft bill, once approved by the federal cabinet, and passed by the national parliament into law, will be a significant first step in fulfilling the long-standing demand of the Pakistani journalists to check the prevailing culture of impunity for crimes against journalist.

The bill was presented before the federal cabinet on Tuesday, February 25, 2020 for approval, but for some unexplained reasons the cabinet decided to club it with an earlier bill prepared by the ministry of Information and Broadcasting, and sent it to the Ministry of Law for vetting. The EfS believes the bill prepared by the Human Rights ministry is quite comprehensive, and covers several key issues, including the setting up of a commission of inquiry under a retired Supreme Court judge, to investigate matters of murder, torture and intimidation of journalists.

The EfS would like to remind the government that two more journalists were murdered in Sindh and Khyber Pakhtunkwa the last ten days. The government is also aware that in the last three decades nearly 70 journalists have been killed in the line of duty, and ironically only three of these cases have been solved.

“We urge Prime Minister Imran Khan to persuade his cabinet to approve the bill in its present form as it provides the necessary safeguards against all forms of threats and intimidations, and allows journalists to perform their professional responsibilities without fear”, said the EfS convener Zaffar Abbas. The EfS also appreciates the hard work and efforts of the Ministry of Information and Broadcasting for the welfare of journalists, and for improving the laws concerning the journalists’ fraternity.

However, the EfS, since its inception five years ago, has dedicated its efforts solely to highlight the issue of crimes against journalists, and has campaigned to ensure their safety and security. Therefore, it urges the government to immediately present the undiluted version of the Human Rights ministry’s bill before the parliament so that it can be passed into a comprehensive law to protect journalists and other media professionals.