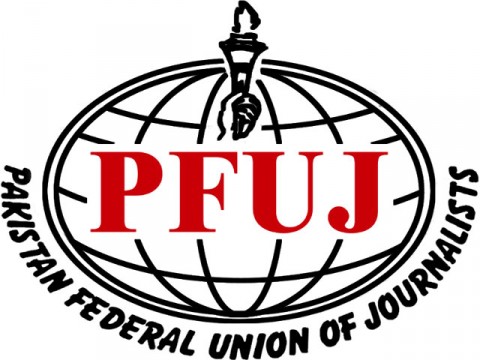 ISLAMABAD: The representatives of mainstream political parties on Thursday vowed that draft of the bill would be prepared and get passed in the Parliament to provide complete security and protection to the journalists and their family members.

Addressing the meeting of executive council of Pakistan Federal Union of Journalists (PFUJ) held at National Press Club, they said the journalists associations should provide their suggestions and proposals that would help prepare comprehensive draft for the legislation.

Pakistan People’s Party (PPP) leader Senator Aitzaz Ahsan said the journalists can themselves rightly point out dangers because they work in the field and directly face all those segments posing threats to their lives.

“The state has the responsibility to provide protection to every citizen and the journalists who work day and night and face threats and dangers be provided proper security. Now we feel that new legislation is necessary to extend full security to journalists and their family members and we would put in our best efforts in this respect,” he said.

Jamaat-e-Islami (JI) chief Sirajul Haq said his party has already tabled a bill in National Assembly to provide security to the journalists and if other political parties also take initiatives then they would extend their full cooperation in this respect.

He said: “Our Constitution envisages the right to freedom of expression and the media is serving the country in a befitting manner so it is necessary to provide protection to those people who face threats to bring out truth before the people.”

Minister for Commerce Engr Khurram Dastgir Khan said the government realises and acknowledges the sacrifices of the media persons and would fully support the legislation for their security and protection.

He said democracy and independent media always go together and if there is any threat to media then it is responsibility of the state to thwart them and provide a congenial working environment to the media persons.

Leading anchorperson Hamid Mir said Threats are hurled on the journalists especially on those working in Khyber Pakhtunkhawa, Federally Administered Tribal Areas and Balochistan so international laws should be applied in these areas to ensure their protection in the face of these threats.

He said, “Hayatullah Khan was killed but the commission constituted to probe this tragic incident has so far not presented its report. So the journalist associations should speed up their efforts to win their rights amid highly uncongenial environment.

PFUJ President Afzal Butt said the journalist community has always rendered sacrifices but never ever made any compromise over freedom of expression but unfortunately the previous governments most of the time made only lip service and did nothing for their protection.

“The journalists face dangers and even sacrifice their lives but there is no one to arrest those elements who pose threats and kill them. We hope that the political parties would come up with an effective legislation and ensure protection of the journalists working anywhere in the country”, he said.

Others who also spoke on the occasion included anchorpersons Saleem Safi, Asma Sherazi, Javed Chaudhry, Matiullah Jan and representatives of the journalist associations who demanded of the government to carry out legislation for protection of the journalists.