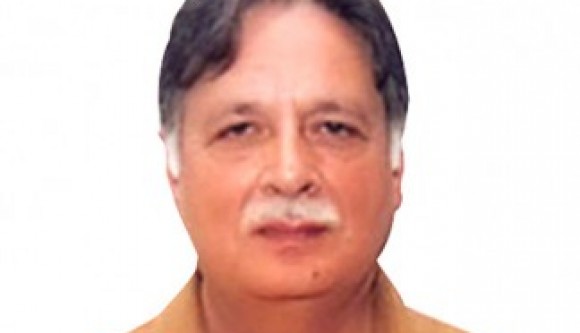 ISLAMABAD: Federal Minister of Information and Broadcasting Pervaiz Rashid has invited Pakistan Broadcasting Association (PBA) and All Pakistan Newspapers Society (APNS) to forward their recommendations on draft Right to Information Bill and assured that these will be brought up during discussion in the Senate.

The minister said this in a letter written to PBA Chairman M Aslam Kazi and APNS President Sarmad Ali on Friday.

The letter read, “Even at this stage when the Bill has already been moved in the Senate, we would like to know and understand your perspective in the matter. Please forward your recommendations with regard to the Bill, to us, in writing or a meeting can be arranged at the earliest with the representatives of APNS and PBA to further discuss your proposals.”

The minister assured that these recommendations will then be brought up during discussions in the Senate. “It is right of people to have correct information in order to keep check on the performance of the executive machinery,” he added. He said that as committed in the manifesto, the government of PML-N believes in transparency and sharing information with the general public in a way it happens in any democratic society and in accordance with provisions of the constitution.

The letter said, “We appreciate the interest of APNS and PBA over the draft Right to Information Bill. However, we have learnt your concerns about the Bill through an advertisement placed recently in both print and electronic media which apparently was sponsored by APNS and PBA.”

The letter further said APNS and PBA are well aware that the draft bill, which has now been tabled in the Senate, passed through various stages over a period of time and it was also reported in the national press several times during the process of its formulation. Initially, the bill was discussed in the Senate Standing Committee on Information and Broadcasting headed by Senator Kamil Ali Agha and comprising senators of all major political parties in the Senate, the letter read.

“It was then referred to the sub-committee with Senator Farhatullah Babar as convener to consider and scrutinise all aspects of the draft bill. The sub-committee held extensive meetings with relevant government and non-governmental organisations and other stakeholders including media representatives for preparation of the report. Their valuable inputs were incorporated in the draft bill. It was after thorough deliberations by all stakeholders that the bill, in its present form, was recommended by the Standing Committee. The committee has unanimously approved the bill.”

Thereafter, it added, the Ministry of Information and Broadcasting with the approval of the cabinet will introduce the recommendation of the standing committee as an official bill.