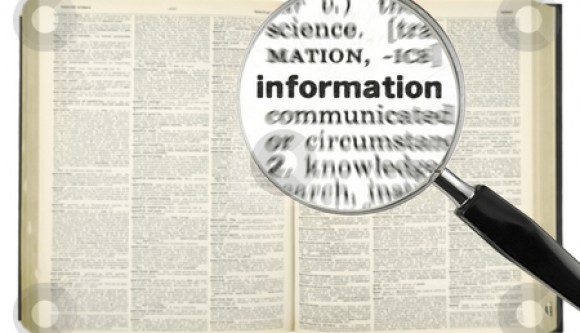 ISLAMABAD: Parliamentarians from across the political divide have succeeded in drafting a very powerful Right to Information (RTI) law which, if passed, will change the information landscape of the country.

Parliamentary sources told The News that the ruling PML-N has agreed to adopt the amended draft law as a government bill, which will soon be presented before the federal cabinet for its final endorsement prior to presenting it in Parliament. In 2013, the PML-N government had drafted a freedom of information law, which came under heavy criticism for being too restrictive and toothless.

But the current draft is being hailed by the experts as one of the best laws in the world as it incorporates all the good features from the RTI laws of Khyber Pakhtunkhwa (KPK) and Punjab, which are already enforced in these two provinces.

The draft law also includes a provision to protect the whistleblowers, a feature missing in the Punjab Freedom of Information Act 2013. The federal law strengthens the penalty for non-provision of information while the time limit for the government to respond has also been reduced from 14 days in the provincial laws to 10 days in the federal law.

The introduction to the law states: “Whereas it is expedient to provide for a law which gives effect to the human right to information, as guaranteed under international law and by Article 19A of the Constitution of the Islamic Republic of Pakistan, whereby everyone shall have the right to have access to all information held by public bodies subject only to reasonable restrictions as established by law, and for matters connected therewith or incidental thereto.”

The law will apply on all “public bodies” which include government institutions and functionaries, members of Parliament, National Assembly and Senate secretariats, courts, tribunals, commission, autonomous bodies and even the NGOs which are getting direct or indirect funding from the government.

These designated officials will not only be responsible for provision of information to the applicants but they will also assist applicant in drafting their requests.

The commission will also create awareness about the right to information through various measures and it will be empowered to set and define rules for the implementation of the act.

The law also specifies punishments for the violators. “Anyone who acts willfully to obstruct the implementation of this Act by: (a) obstructing access to any information or record with a view to preventing the exercise of a right provided for in this Act; (b) obstructing the performance by a public body of a duty under this Act; (c) interfering with the work of the Information Commission; or (d) destroying a record without lawful authority; shall be liable to a fine not exceeding twenty-five thousand rupees.

The commission of serious and repeated wilful acts to obstruct the right to information under this Act shall be a criminal offence punishable with imprisonment for a term not exceeding two years or with a fine of up to one hundred thousand rupees or with both.

The law also specifies exempted information, which includes information that could harm Pakistan’s national security, law and order and international relations. It also protects privacy of individuals and commercial interests of third parties with some legal exceptions. The information may also be exempt if its disclosure would be likely to endanger the life, health or safety of any individual.

The law further states that exceptions shall cease to apply after a period of fifteen years, provided that this may be extended, in exceptional cases, for up to a maximum of another fifteen years, with the approval of the Information Commission.

When contacted, Senator Farhatullah Babar, a member of the Senate standing committee on information and broadcasting and national heritage which finalised the draft on July 15 said several key amendments have been made to the previous Right to Information Bill 2013 which was proposed by the government.

He said the act shall come into force at once and not on “a date to be notified separately by the government” as proposed in the previous draft. The PPP Senator said the composition of the Information Commission has been altered. Previously it was proposed that only a retired judge could head the commission but the Senate committee had changed the condition.

“No sane person will subscribe to the view that judges alone are the repositories of truth, wisdom, integrity and competence to be necessarily placed on the Information Commission and no one else can be placed on it. The job of an Information Commissioner is such that it does not require that one should be or have been a judge. A competent journalist and media person of integrity or a retired bureaucrat or any other professional may even be more suitable for the job,” Babar said.

“Judges are honourable men and women but let us not forget that that there are outstanding men and women in other walks of life too who areno less honourable and who can make even better Information Commissioner than a judge,” he added.

Babar said his views have been suitably incorporated in the draft finalised last month. He said Parliament too has been given a limited role in nominating a member of the commission. He said although the draft law was finalised by representatives of various political parties including PPP, MQM, PML-Q, ANP, PKMAP and PML-N, the committee has agreed that it will be a government bill and all these parties will support it in Parliament.

“The finalised version should be made available to the Senate Committee during the current session of the Senate starting tomorrow after which the process to lay it as government Bill will begin,” he said.

The civil society organisations are also all praise for the draft law.“This is one of the best RTI laws in the world as it incorporates all the good features from the past laws,” said Zahid Abdullah from Center for Peace and Development Initiatives (CPDI).

He said the draft law is even better than the RTI laws of KPK and Punjab.

“The list of exempted information is small and clear so everyone knows which information can be obtained,” he added.He said punishments under the draft law are strong enough to deter any government official from withholding information.