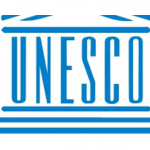 The Director-General of UNESCO, Audrey Azoulay, has called on the authorities to pursue ongoing efforts to improve the safety of journalists in Pakistan following the targeted killing of Javedullah Khan in the troubled northern Swat District on 25 February.

“I condemn the assassination of journalist Javedullah Khan,” said Audrey Azoulay. “I trust that the authorities will pursue efforts to improve the safety of media personnel in Pakistan and bring those responsible for attacks against them to justice.”

Javedullah Khan, Bureau Chief for the Urdu language newspaper Ausuf, died on 25 February in the town of Matta after he was shot in his car. The policeman who accompanied Khan was unhurt in the attack on the journalist who was also a local leader of the Pakistan Muslim League-Nawaz (PML-N) and a member of the local anti-Taliban peace committee.

UNESCO promotes the safety of journalists through global awareness-raising, capacity building and a range of actions, notably in the framework of the UN Plan of Action on the Safety of Journalists and the Issue of Impunity.