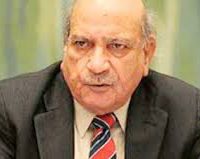 In a special report, the Committee to Protect Journalists (CPJ) describes how journalists in this country are pulled back by an undertow of violence and pressures from multiple sources. Since 2000, as many as 57 media persons have been killed in retaliation for their work. Although following the counter-terrorism operations, overall violence and murder of journalists have gone down, the threat of violence remains. Consequently, the climate for press freedom has been deteriorating. The report further notes that Pakistan Protection Ordinance, a counter-terrorism law, which allows people to be detained for 90 days without being charged, could also be used to punish critical reporting. No wonder the journalists interviewed by CPJ “painted a picture of a media under siege”.

Restrictions on media freedom are not something new. In the past, they came in the naked form of press advice and the notorious Press and Publications Ordinance. But now newer more subtle and dangerous ways are used to control the media. Papers that insist on taking a dissenting line are punished through interference in the sale and distribution network and the uncompromising TV channels by forcing cable operators to disrupt their placement order or at times put them off air. And as a respected veteran journalist, I. A. Rehman, pointed at the unveiling of the Human Rights Commission of Pakistan’s report on “Curbs on Freedom of Expression in Pakistan”, ‘advice’ now is given even during live TV programmes. There is fear in the environment due to which, he aptly averred, not only people will stop speaking but they will also stop thinking. In fact as the CPJ report found, journalists and editors across the country had resorted to self-censorship due to a widespread sense of intimidation. Enforced self-censorship, needless to say, stifles dissent, an essential ingredient of a democratic order, and also prevents the people from getting a proper picture of issues confronting the country and affecting their lives.

In a much welcome step, Information Minister Fawad Chaudhry recently announced lifting of censorship from the state-owned PTV. The government must also pay attention to the issues the CPJ report has raised. The atmosphere of fear and intimidation must be brought to an end. In that the media organisations, like the CPNE, APNS, PFUJ and PBA also need to play a proactive role. Unfortunately, they seem to be in disarray. Things are unlikely to change for the better unless and until these media bodies joined hands to defend freedom of expression with one voice.