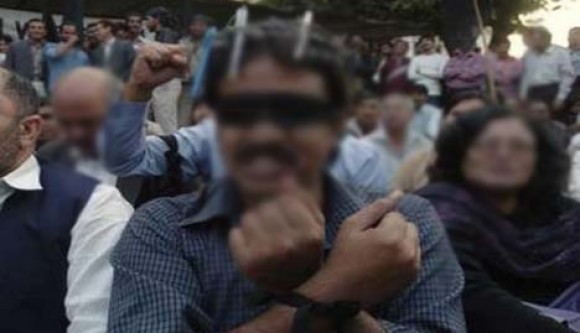 Four months after the US-led attack on Afghanistan, Wall Street Journal reporter Daniel Pearl was abducted in Karachi and beheaded. That was only the first of a large number of murders of journalists we were to see in the coming years.

Till a few years ago, no one in the Pakistani media could believe that a journalist’s handcuffed and tortured body would be found one day. But Fata journalist Hayatullah Khan’s body was found in just that condition in 2005, almost five months after his disappearance.

The families of journalists have also come under attack. Hayatullah’s wife was not only attacked – after she identified the alleged kidnappers of her husband in her testimony before a judicial commission – but killed. What followed was a string of killings of journalists in Fata and Khyber Pakhtunkhwa.

Once it would have been hard to believe that a journalist would be picked up from Islamabad, our most protected city, and his body would be found in a Punjab town. But that happened to Saleem Shahzad, who was under threat for his bold writing and sensitive disclosures.

Once it was impossible for anyone to believe that a journalist would be found dead just 30 minutes after giving a live beeper on TV.

But this too happened with Musa Khankhel, a correspondent for Geo News in Swat, who was killed soon after he reported on the procession of Sufi Mohammad, the head of the Tehreek-e-Nifaz-e-Shariat-e-Mohammadi.

Another journalist, Mohammad Ibrahim, was shot dead along with his camera man after interviewing the head of an outlawed group in Fata.

Once it would have been unthinkable that a columnist would be killed simply because of a misleading headline. But Dr Chishty Mujahid was. A group claimed responsibility, signalling the beginning of dangerous times ahead for journalists in Balochistan, once the safest province for journalists.

Dozens of journalists have been killed there since then. The latest case was of the kidnapping and murder of Abdul Razzaq Baloch. His family was not able to get justice despite a petition filed in March after his disappearance.

In Karachi, journalists are threatened and killed by ethnic and political groups. Wali Khan Babar’s case still haunts journalists in Karachi. In that case, all the witnesses – including investigating officers – were killed.

What is common in all these cases is the state’s failure to protect journalists. Many journalists have migrated from Fata and Balochistan to safe houses in other cities.

Journalists in Fata find it most difficult to report on the ongoing conflict and anything relating to the Taliban or army operations.

With the massive rise in the number of militant groups – whether ethnic, sectarian, jihadi, political or with underworld connections, as well as state intelligence agencies – a journalist’s work has become more and more hazardous in Pakistan.

The failure of the state to provide safety and the failure of media houses to provide training have led to huge risks and Pakistan has come to be ranked among the three most dangerous countries in the world for journalists.

Pakistani journalists and the media must keep in mind that more difficult days may lie ahead.

No training or protection can give you 100 percent guarantee of safety, but proper training can certainly give reporters the strength to cover a story with courage if they get insurance cover and appropriate equipment to protect themselves.

The writer is a senior journalist. Email: abbas.mazhar@gmail.com