Home » Featured » CPNE to be consulted on advertisement policy: Wahab 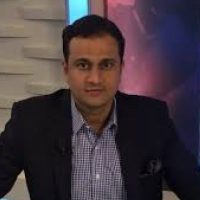 KARACHI: Adviser to the Sindh Chief Minister on Information, Barrister Murtaza Wahab, said on Thursday that efforts were being made to improve the information department’s efficiency, and its coordination with the major stake holders of the media industry, including the Council of Pakistan Newspaper Editors.

Barrister Wahab was addressing the ‘Meet the Editors’ session held under the aegis of the Council of Pakistan Newspaper Editors (CPNE), where he assured the council’s members that they would be taken into confidence over any drafts for future policy and legislation related to the media industry, including the government’s advertisement policy.

He added the Sindh government would ensure the protection and safety of journalists during the discharge of their duties. Former prime minister Benazir Bhutto had held the right to information as one of the basic rights, he said.

Highlighting the achievements of the Pakistan Peoples Party’s (PPP) government, the adviser said his party’s government had established 60 dams in the province, whereas work on another 21 was underway.

In the health sector, the Sindh government had done a remarkable job in recent years, he said, which included the establishment of the National Institute of Cardio Vascular Diseases (NICVD), and the Sindh Institute of Urology and Transplantation (SIUT) in Larkana and Sukkur districts. The respective hospitals were previously
operating in Karachi only.

To a question, Wahab said the provincial government had recently approved Child Protection Bill with a view to contain the growing specter of beggary, especially through children. Under the 1955 Act, he noted, the use of children for beggary was a crime. He said the Right to Information (RTI) law had been introduced by the country’s first democratically elected Prime Minister Shaheed Zulfikar Ali Bhutto as a fundamental right in the 1973 Constitution. “I am trying my best to get the RTI law implemented and media commission reactivated,” he said.

Urging the media to highlight the positive steps of the provincial government, Wahab said the media should join hands with the government in its efforts to protect the ‘fundamental rights’ of the masses and address their problems.

The adviser assured the CPNE office bearers that the provincial government would make serious efforts to address the council’s demands. He also assured that the information department’s website would soon be reactivated. Earlier, addressing the programme, the CPNE Secretary General, Dr Jabbar Khattak highlighted the problems being faced by the media industry, and urged the government to ensure freedom of expression, right to dissent, and smooth distribution of newspapers.

He demanded that the provincial government reactivate the media commission in line with the RTI law approved by the Sindh Assembly. Dr Khattak said that the transparent and just distribution of advertisement to newspapers and magazines should be ensured, and the details of release of advertisements and payments against them be posted on the information department’s website. At the time of payments to the advertising agencies, he added, it should be made mandatory for newspapers and magazines to submit the original bills apart from invoices in order to avert over-billing.

Dr Khattak further said that payments against published advertisements be paid directly to newspapers and magazines instead of the advertising agencies so that the latter could only get its due commission. He also urged the adviser to make efforts for the release of dues against the Sindh government and advertising agencies.