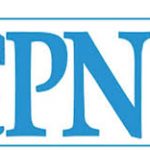 KARACHI/BADIN/KANDHKOT -Condemning the brutal murder of Aziz Memon, a journalist from Mehrabpur, district Nosheroferoze, Council of Pakistan Newspaper Editors (CPNE) has demanded the immediate arrest of the murderers.

In a statement issued here on Monday, Arif Nizami, CPNE President, Secretary General Dr Jabbar Khattak and other office- bearers expressed their deep shock over the incident. “This has become a custom to attack journalists and media houses which are in the line of duty for their ulterior motives, and no attacker has been brought to justice so far. The government and its departments have miserably failed to investigate and bring the killers of journalists to justice,” they lamented.

Arif Nizami said that had the law-enforcement agencies (LEAs) taken a prompt action on threats to the journalist, his life could have been saved. “The brutal murder of Aziz Memon, a reporter of KTN and daily Kawish, is the continuation of attacks on journalists and media houses by such elements. It has put a big question mark over the performance of the government and its departments,” he added.

Nizami further said that such attacks were deliberate attempts to suppress voices of dissent. He demanded Prime Minister Imran Khan, Sindh Chief Minister Syed Murad Ali Shah and Sindh Inspector General of Police (IGP) to immediately arrest the killers of Memon, and bring them to justice.

in Badin against murder of senior journalist

On the call given by Hyderabad Union of Journalists (HUJ), media personnel of Badin held a protest demonstration here in front of Badin Press Club on Monday against the murder of a senior journalist of Mehrabpur, Aziz Memon.

The demonstration was led by Tanveer Ahmed Arain, SVP of HUJ, Haroon Gopang, General Secretary, Aiwan-e-Sahafat Badin and others.

Addressing the protestors, the speakers said that journalists in Pakistan were insecure, particularly those who were bold and sincere with their profession.

They said despite huge claims made by the authorities, journalists were not provided safe and secure environment to perform their duties freely and fairly.

They demanded the government of Sindh to ensure the arrest of murderers of Memon within three days, warning if they were not held; protest demonstrations would spread to the entire province. They also demanded the arrest of people involved in attack on the house of Saleh Noohani, journalist from Golarchi.

According to details, dead body of the journalist Aziz Memon was found from a pond in his hometown Mehrabpur on Sunday. In this connection, a rally was taken out from the press club which culminated at tower roundabout.

They demanded the Sindh IGP to not only ensure immediate arrest of the culprits but also ensure security for the media personnel. Finally, the rally dispersed peacefully.