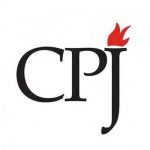 The Committee to Protect Journalists (CPJ) has called on the Pakistani authorities to immediately lift restrictions placed on Geo TV and allow it to broadcast freely across the country.

In a statement issued on Saturday afternoon,  CPJ said that the Pakistan Electronic Media Regulatory Authority had contacted cable distributers and ordered them to stop transmitting Geo TV.

The regulator did not give a reason for the changes, according to Azhar Abbas, a senior official at Geo TV, the CPJ noted. The group also said that the orders for restrictions followed a government conference.

“Orders were sent immediately after Firdous Ashiq Awan, special assistant to the prime minister on information and broadcasting, concluded a press conference,” the CPJ said.

“Awan denied that the arrest of Mir Shakil-ur-Rehman, Jang’s CEO and editor-in-chief, was tied to the group’s news coverage. Pakistan authorities arrested Rehman over a 1986 case,” the CPJ documented.

“Pakistani authorities need to learn that critical coverage by the media is a key and welcome component of democracy, not something to be suppressed,” he added.

Abbas told CPJ that it was unusual for authorities to jail a suspect at such an early point of an investigation, saying, “At this stage, they never arrest people.”

Abbas also told CPJ that he believed the regulator’s order was illegal, saying that Geo TV had not received any complaint or notice from the authority that would normally precede such punitive measures.

Abbas added that Geo had been highly critical of the government over issues such as handling of the economy and its preparations for the spread of the COVID-19 virus.

The CPJ emailed the Pakistan Electronic Media Regulatory Authority for comment, but did not immediately receive a response.