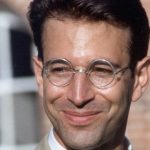 ISLAMABAD: The Supreme Court was told on Tuesday that the murder trial of Wall Street Journal’s South Asia bureau chief Daniel Pearl was transferred from the Anti-Terrorist Court (ATC) Karachi to the ATC Hyderabad after the counsel, witnesses and even the judges hearing the case received threats.

Advocate Faisal Siddiqui, who is representing the parents of Daniel Pearl, emphasized before a three-judge Supreme Court bench, headed by Justice Mushir Alam, that the court had to keep in mind such facts and circumstances while announcing the judgement.

The counsel argued that since lawyers, witnesses and even judges received threats, the case was shifted from the ATC Karachi to ATC Hyderabad.

The bench had taken up a set of appeals instituted by the Sindh government and the parents of the slain Wall Street Journal rep­orter, Ruth and Judea Pearl, through senior counsel Faisal Siddiqui as well as Ahmed Omer Saeed Sheikh, the principal accused in the Pearl murder case, through Advocate Mehmood A. Sheikh.

Daniel Pearl, 38, was abducted in Karachi in January 2002 while conducting research on religious extremism. Later a graphic video showing his decapitation was delivered to the US Consulate after a month of his abduction. Subsequently Ahmed Sheikh was arrested in 2002 and sentenced to death by the trial court.

But on April 2 last year the Sindh High Court modified the sentence of Ahmed Omer Sheikh to seven years and acquitted three other accused, Fahad Naseem, Sheikh Adil and Salman Saqib, who were earlier sentenced to life imprisonment by the ATC Karachi.

The counsel contended that in the criminal justice system, an accused was always considered as the favorite child of the court and a victim as the neglected child. In this case, the apex court should maintain a balance and the persons involved in the heinous crime should not be let off the hook.

The counsel said that the terrorism cases were filed against the accused on the basis of confessional statements.

Meanwhile, Mehmood A. Sheikh, appearing as defence counsel on behalf of the accused, contended that this high-profile case and the appeals against the SHC judgement have been filed against the acquittal, adding a team of the American Federal Bureau of Investigation had arrived in the country and the Pakistani police were under immense pressure. Therefore, they resorted to rough tactics to get a false confession. The police had to show they had arrested the accused and obtained confession, he said.

Mehmood Sheikh contended that the burden was on the prosecution to prove the case beyond a shadow of doubt and wondered could someone’s life be taken on mere conjecture and surmise.

“The prosecution produced perjured and fabricated evidence before the court. The infirmity in the prosecution case goes in the favor of the accused,” he said.