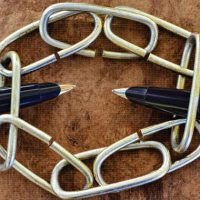 Showing grave concerns over the Balochistan government’s attempts to close down newspapers and harass journalists and their representatives, civil society and rights activists said on Friday it had become difficult for media persons to perform their professional duties in the province

The Human Rights Commission of Pakistan organised a protest outside the Karachi Press Club to show solidarity with the province’s newspapers, especially Daily Azadi and Daily Intekhab. A number of leading journalists, rights activists and representatives of civil society organisations attended.

Asad Iqbal Butt, the HRCP’s vice-chairperson, said journalists in Balochistan had been facing numerous security threats and this situation had made their work even harder. “Instead of providing security to the journalists and newspapers, government authorities have been harassing them by registering fake cases against them,” Butt said.

Dr Tausif Ahmed Khan, an academic and journalist, said that by imposing curbs on media, the provincial government had been following the policies of former military dictators. “Such restrictions on journalists in Balochistan have caused great damage to the freedom of the press.”

Arif Baloch, an editor at Daily Azadi, said the Balochistan government had also stopped giving advertisements to certain newspapers. “Already, newspapers have been making losses because of a halt in their distributions in Baloch areas of the province and now stopping advertisements is a conspiracy to close down the newspapers.”