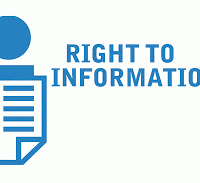 KARACHI: Speakers at a consultative workshop held on Tuesday at a local hotel expressed concern over delay in proper implementation of the Sindh Transparency and Right to Information (RTI) Act, 2016, and said that it was necessary to ensure transparency in good governance.

The workshop titled ‘Improving public service delivery through RTI’ was organised by Shehri-Citizens for a Better Environment.

The event began with a welcome address by Amra Javed, member Shehri, who informed the participants about the workshop’s aims and objectives.

She highlighted the active role her organisation had played in trying to facilitate good governance by advocating transparency in government functioning, and an informed and proactive role of the citizenry in seeking protection of their fundamental rights as enshrined in the Constitution and legislations of all state institutions.

Amber Alibhai, general secretary, Shehri, said that improvement in public service delivery and development of citizen-centric government models had been one of the top priorities of various countries across the globe.

“Globalisation, localisation, and the information revolution are empowering citizens to become good informed citizens. The right to information is one such effective tool, now accepted all over the world,” she noted.

The right to information laws, in her opinion, not only required governments to provide information upon request, they also imposed a duty on public bodies to actively disclose, disseminate and publish, as widely as possible, information of general public interest even before it had been requested, ie proactive disclosure of information.

Departments could lessen their load if they proactively disclose information about their activities, budgets, programmes, etc, she added.

Sameer Hamid Dodhy, member Shehri-CBE, gave a detailed presentation on The Sindh Transparency and Right to Information Act, 2016. He explained the applicability of the act, in terms of which type of information could be asked to be shared and what type of information and record was exempted from disclosure.

“As per Article 8(3) of The Sindh Transparency and Right to Information Act, 2016”, the designated official has to respond within 15 working days. One of the best features of this act is the provision for “proactive disclosure”, which calls upon departments to disclose information on their websites and through other mediums, he said.

He, however, regretted that despite the passage of almost 21 months, hardly a few public bodies/departments had nominated a “designated officer” to provide information, reques­ted under the act. He said that the Sindh Information Commission was established in May 2018, but to date citizens could not send their RTI appeal.

An interactive question-answer session with the participants on RTI filing requests on subjects of their interest was conducted at the end and the participants realised that enforcement of Article 19-A was essential to bring transparency in governance system.

Salika Enver presented the vote of thanks and expressed confidence that the seminar participants would now start using their rights as sovereign citizens of Pakistan granted under this legislation.