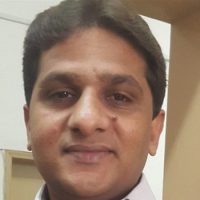 The five bloggers and activists that were abducted (and later released) at the beginning of 2017 will end the year with at least the vindication that an FIA investigation into their activities yielded no evidence that they were involved in any way with the charge of blasphemy.

Since December 2, a young activist named Raza Khan has been missing. Like his predecessors, he has been made to ‘disappear’ without any formal complaint or any kind of legal process. The idea behind these disappearances is to intimidate and bully Pakistanis into toeing an invisible manifesto of hyper-nationalism: say only those things that are acceptable to the man or woman that has been given the role of the narrative police. If you don’t, start looking over your shoulder because you may be next to disappear.

Intimidation as an instrument to promote patriotism is a peculiar one. Pakistanis are a particularly Pakhtun nation when it comes to intimidation. Love us, hug us, befriend us and we will turn the world upside down for you. Bully us, intimidate us, threaten us, and even the weakest and most helpless among us will become a wall of resistance of the likes unknown to man.

Iftikhar Chaudhry was not much of a jurisprudential genius. He was not much of a genius of any kind. But one story that leaked out of the supposed ultimate showdown meeting between him and disgraced and disgraceful General Pervez Musharraf explains why he was able to ignite a popular movement that supported him over the sitting president of, at that time, almost eight years.

As the meeting was winding down, and Musharraf had demanded that Chaudhry resign his position as chief justice, the CJ pulled out his telephone and began to call the registrar of the Supreme Court. Musharraf burst out in rage, demanding to know who had let the CJ bring a mobile telephone into the meeting. As he did so, he used a pejorative term for the CJ that is not publishable. The CJ turned to Musharraf and reportedly said that he was still the CJ and that such language was not appropriate when addressing the chief justice of the Supreme Court of Pakistan. Musharraf, in his typical arrogance, brushed this off. As Chaudhry left that meeting, he determined to resist Musharraf’s blunt-force-bulldoze approach to the fullest. Over the next two years, Chaudhry not only felled Musharraf, but also presided over a popular movement that restored his chief justiceship. An ordinary judge was elevated, not on the back of his brilliance, or integrity, or even hard work – but simply because Pakistanis don’t like their faces rubbed in the dirt.

Time and time and time again, when brute strength has been employed as an alternative to a deft touch, or some finesse, it has cost this country dearly. West Pakistanis were just a few brutalities from submission, except, you know… Bangladesh. Nawab Akbar Bugti was to be buried in the rubble of the caves he came from, except that he is very much alive — a ghost that haunts us in Balochistan, and taunts us, as he dances seductively with Indian intelligence agency assets. Geneva. London. New Delhi. Kabul. These are the existential examples. But there are smaller, more pointed ones too.

Husain Haqqani, the blue-eyed boy of General Ziaul Haq, with an elocution of Iqbaliat so perfect that it would melt the paint off the walls of the GHQ. A few deft moves, from the Sharif camp to Benazir’s, and from the House Building Finance Corporation to the high commission in Colombo. As Haqqani grew, the once captains and majors whose age cohort he belonged to became one-stars and two-stars. He should have always been obedient to the powers that be, they must have thought. But he wasn’t. Today, Haqqani trolls an entire national security edifice with the power of a couple of books, a perch at a think-tank and a Twitter account.

There are plenty of Urdu words that have no real translation in English. ‘Zehreela’ is one of them. Sure, the literal translation is poisonous, but poisonous doesn’t quite capture the adjective-use of zehreela. Will the anti-establishment bloggers and activists that we didn’t like before be more or less ‘zehreela’ once they have been abducted, possibly tortured, humiliated, and excommunicated from our society?

More importantly, is an activist more likely to be vulnerable to recruitment by other countries’ intelligence operatives before being abducted and tortured or after?

We know that making people disappear cannot be defended legally, ethically or morally. But as committed nationalists, many of us may be willing to overlook the individual rights of a few ‘zehreelay’ Twitter accounts if it meant we would ultimately prevail over Pakistan’s enemies. So then the question becomes, what grand strategic or tactical benefits are being sought by making young men like Raza Khan ‘disappear’?

The answer to this question is clear as day: absolutely none. These disappearances are tactical defeats and strategic wounds. They only damage the national interest.

Let’s add another complication to the analysis. Let us assume, without any proof whatsoever, that people like Raza Khan are working on the agenda of Pakistan’s enemies. What then is the best way to deal with them?

In his Dawn column, former top police officer Tariq Khosa proposes a clear path forward. In his words: “detain the suspects under the Maintenance of Public Order Ordinance for up to three months in duly notified lock-ups and commission a probe by joint interrogation teams comprising members of the police’s counterterrorism department and intelligence agencies.

No matter which way we look at it, brutish and thuggish behaviour by the state cannot be defended. The very certainty with which we assert that this is being done by the state, and the complete absence of any coherent response from the state, is indicative of the mess these kinds of incidents are creating.

Pakistan’s enemies are sophisticated, wealthy and relentless. Pakistan’s national security interests lie in ensuring that Pakistani citizens that dare to criticise this state or society are afforded the freedom to speak. Our great strength is our tolerance and the manner in which we welcome multiple viewpoints and perspectives. To mangle the words of the great Walt Whitman, Pakistan is grand. It contains multitudes. Of course, it will contradict itself!

We must find and bring Raza home, not because we agree or disagree with him, nor because we are certain that he is innocent, nor because we want to weaken Pakistan. We must find and bring Raza home because Raza’s safety and security, and that of every critic of this country, is the strongest and best response to that criticism. And as it happens, Pakistanis don’t take well to having their faces rubbed in dirt. We cannot force people to love our version of Pakistan, but we sure can force people to hate it. We must stop enabling our enemies.

Long live every activist with the courage to speak their minds and hearts. Long live the policemen, soldiers and spies that defend our freedom to speak. Long live Pakistan, in all its resplendent grandeur, and with all its manifest contradictions.