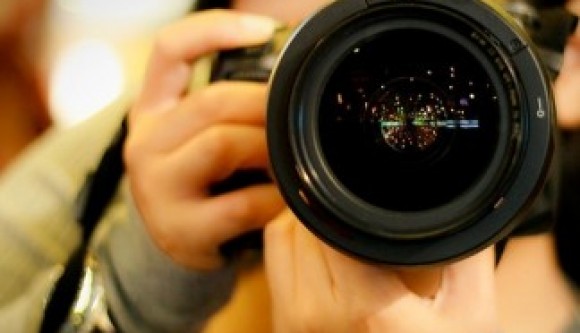 JOURNALISTS have always faced extreme danger in war zones. It’s a risk that comes with the job. ‘Wrong time, wrong place’ is an unavoidable hazard for frontline journalists. But recent years have seen a frightening escalation in targeted attacks against journalists.

Many more journalists die every year in trouble spots making one pause, even worry. It is more heart-wrenching when you hear a close colleague has become the target of an assailant’s bullet.

It was such a moment for me as I was woken up on April 4 in New York with the horrific news of my close colleague and friend of more than 25 years being shot by a gunman in Afghanistan. Thankfully, Kathy Gannon survived the bullet injury, but her photographer Anja Niedringhause was not that fortunate. She died instantly, her name being added to the long, growing list of journalists killed reporting from the frontline.

The shooting took place in the eastern Afghan town of Khost where the two women were covering the presidential election campaign for Associated Press. An Afghan police commander reportedly opened fire on them in their car with an assault rifle.

Several local and foreign journalists have been killed in targeted attacks by Afghan insurgents in recent months, reflecting a new and very sinister trend. A major objective of targeting foreign journalists is believed to be to gain publicity and to scare the journalists away at a critical moment of political transition in Afghanistan.

But the Khost attack signified a different pattern. The shooting was carried out by a police officer in uniform, highlighting a different kind of threat faced by reporters covering the war-torn country. Until then, only rebel Afghan soldiers had targeted foreign forces, described as ‘green on blue’ incidents. But now the insurgents within the Afghan security forces have turned their guns on soft targets.

Kathy and Anja have been travelling in Afghanistan for the past several weeks reporting from insurgent-infested regions where other journalists were reluctant to venture. Being longtime chroniclers of events in Afghanistan, the duo were fully aware of the danger, but they took it in their stride. Both had vast experience in conflict zones and were known for their fearless reporting.

For years, Kathy has been writing about the spiralling Taliban insurgency. She certainly knew how dangerous it could it be for a Western journalist to travel in remote regions particularly when the Taliban had mounted violent attacks to disrupt the crucial presidential election. Anja and her commitment never waned, even in the face of acute danger.

Indomitable as she is, unsurprisingly Kathy chose Khost, the far-flung Taliban heartland, to cover the presidential election campaign. This was certainly not the first time the two seasoned journalists were in the region, but things have changed for the worse with the perilous security situation in the borderland. They found themselves in the wrong place at the wrong time.

Kathy has covered Afghanistan for almost three decades and is undoubtedly one the most credible scribes with her unmatched understanding of the situation on the ground. She was the only foreign journalist reporting from Kabul during the invasion of the US-led coalition forces. Her stories from the frontline gave the world a firsthand account of America’s war in Afghanistan.

Kathy was extremely excited when she left for Afghanistan last month. It is a historical moment and a great story, she said, trying to convince me to come along. We had travelled together in Afghanistan many times in the past. I promised to follow her soon, but could not make it. I last spoke to her a week before the incident, getting the latest on the Afghan situation. I should have been there, I thought.

I met Anja through Kathy. A very pleasant and extremely lively person with a smile brimming over, she had many exciting stories to share about conflict zones from Bosnia to Iraq to Afghanistan. She was hit by a sniper’s bullet in Sarajevo; had her foot broken by a police car while covering demonstrations in Belgrade; and was blown out of a car by a grenade in Kosovo.

Working for the Associated Press since 2002, Anja was the only woman in the team of 11 photojournalists who won the 2005 Pulitzer Prize in the breaking news category for the coverage of the Iraq war. Little did she know that she herself would become a breaking story when she left for that fateful trip on April 4, 2014.

“The legacy of any photographer is his or her ability to capture the moment, to record history. For me it is about showing the struggle and survival of the individual.” So Anja herself wrote in the spring 2012 issue of the Nieman Reports, a publication of Harvard University’s Nieman Foundation for Journalism.

Kathy is now recuperating in a hospital in Germany and knowing her she will be back in the field soon. But it will not be the same for her having seen her closest colleague dying before her. The bravest journalists I have known, the duo were inseparable pursuing stories in the hardest conflict zones. Anja you will be missed, but your courageous legacy will live on. n

The writer is an author and journalist. zhussain100@yahoo.com Twitter: @hidhussain