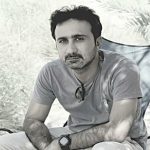 LAHORE: Friends and family members of missing journalist Sajid Hussain Baloch said on Friday that his body was found in a river near the Swedish city of Uppsala.

French news agency AFP quoted police spokesman Jonas Eronen as saying that his body was found on April 23 in the Fyris river outside Uppsala.

The journalist from Balochistan was working part-time as a teacher in Uppsala, situated about 60km north of Stockholm, when he went missing on March 2.

Taj Baloch, a close friend of the deceased, told Dawn from Sweden that he was alerted by police, who had found a body in a river near Uppsala city.

He said the body was said to have been decomposed to such an extent that the person’s face could not be recognised, and the police ascertained his identity through fingerprints and a jacket he was wearing.

“The police have said they will take some more days for other reports to come in, such as on toxicology and other aspects which may determine how Sajid may have fallen into the river,” said Taj Baloch.

“However, it should be noted that his body was found around eight days ago, whereas our friend has been missing since March 2.”

He said it was strange that the journalist’s body had been found from a river when the rivers had previously been searched but nothing had come up.

A member of Sajid’s extended family said they were in no position to speak to the media at present as they were told only on Thursday night about the body’s discovery.

Taj said that because of the lockdown in Sweden none of Sajid’s family members could collect the body, but he would help in sending his body and belongings back to his hometown in Balochistan.

AFP quoted police spokesman Eronen as saying that Sajid might not have been a victim of any crime. “The autopsy has dispelled some of the suspicion that he was the victim of a crime,” he said.

The police spokesman added that while a crime could not be completely ruled out, the death could equally have been the result of an accident or a suicide.

“As long as a crime cannot be excluded, there remains the risk that his death is linked to his work as a journalist,” Erik Halkjaer, head of the Swedish branch of Reporters without Borders (RSF), told AFP.

According to the RSF, Sajid was last seen getting onto a train for Uppsala in Stockholm. He went to Sweden in 2017 and secured political asylum in 2019.

Meanwhile, the Pakistan Federal Union of Journalists (PFUJ) issued a press statement urging the Pakistani government to direct its mission in Sweden and to press the Swedish government for an impartial inquiry into the journalist’s death.

An investigation should immediately be initiated into the case, said the statement issued by PFUJ president Shahzada Zulfiqar and secretary general Nasir Zaidi.

“It is a failure on the Swedish government’s part that they did not protect Sajid, whose life was already under threat,” said Nasir Zaidi. “We know that he was not safe while in Pakistan, and if this was a murder it is most condemnable, and the murderers should be instantly arrested. It is also shocking that a journalist was found dead in a country which advocates freedom of speech and expression.”

Sajid Baloch had been under threat while working on missing persons in Balochistan, after which he fled the country in 2012. He worked in many countries, including Oman, Dubai and Uganda, after which he settled in Sweden where he lived as a refugee for two years and received a citizenship in 2019. His family was in the process of joining him there.

In order to stop speculations, the Balochistan Times website, which was founded by Sajid, released a statement on Friday, which said: “Sajid, 39, was a prominent journalist and hailed from Balochistan… He was compassionate and wrote extensively on the suffering of the Baloch people. His work often got him into trouble as the authorities did not like his reporting of Balochistan’s forbidden stories, the reason he had to leave and live in exile.

“As a man, Sajid was kind and sympathetic. His support was unconditional, his love undying… He leaves behind an extended family, including his two children.”